An assault charge has been laid in an attack on a 92-year-old man with dementia that Vancouver police have described as part of a wave of hate-motivated incidents targeting members of the East Asian community during the pandemic.

A senior officer for the Vancouver Police Department said he was expecting additional charges against other suspects in other cases. “More charges on the way for 15 other files,” Howard Chow, a deputy chief constable, said in a tweet.

Jamie Allen Bezanson, 50, of Vancouver is charged with assault. The charge relates to an incident on March 13 in which the victim wandered into an East Vancouver convenience store where someone began yelling remarks about COVID-19. Outside the store, the victim was shoved to the ground, where he hit his head. The incident was caught in a widely circulated video.

Police raised the alarm about a wave of hate-related crimes against East Asians in April, when they disclosed the incident.

Asked about the time it took to lead to a charge, Sergeant Aaron Roed said Thursday that police did not want to rush their investigation.

“This file was investigated as an assault which may have been related to hate and due to the sensitivity of this incident there is no rush to proceed,” Sgt. Roed said in an e-mail exchange.

Vancouver police have formed a special team to deal with harassment incidents, with six officers and an incident commander on the unit. The incident is largely dealing with the harassment of East Asians, given they have been targeted.

Earlier this month, police said they are recommending the Crown lay charges such as threatening, assault and mischief in 16 files. An additional 19 cases are being investigated. The force said it is dealing with 155 hate-associated reports this year, up from 69 for the same time in 2019.

Many victims are members of the city’s East Asian community. The VPD inspector leading the unit said it is clear many incidents are related to the pandemic, with comments that indicate the attackers believe the victims are somehow responsible for the situation, although he said intent is never fully clear until offenders are arrested. The coronavirus that causes COVID-19 is believed to have started in the Chinese city of Wuhan.

The BC Prosecution Service said, through a spokesperson, that they do not comment on matters under investigation or charge assessment.

Dan McLaughlin said in a statement: “Where offences are motivated by hate based on race, national or ethnic origin related to the COVID-19 pandemic there is a particular public interest in prosecuting those offences where the evidence supports the charges.” 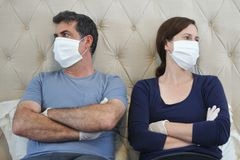 Horgan appeals for people to use better judgment amid spike in B.C. COVID-19 cases
July 24, 2020 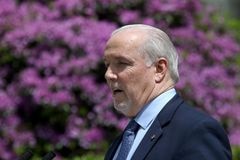