A commission comprising of former heads of state and international experts is calling for the “responsible control” of currently illicit drugs through legalization and regulation. But Canada is just weeks away from cannabis legalization and it is unlikely to take similar action on any other currently illegal substance.

The Global Commission on Drug Policy’s latest report, released Monday, says it addresses the reality that more than 250 million people around the world take risks by consuming currently prohibited drugs.

“Accepting this reality and putting in place an effective regulatory strategy to manage it is neither admitting defeat nor condoning drug use,” the report states. “It is part of a responsible, evidence-based approach that deals with the world as it is in contrast with ideologically driven and ultimately counterproductive attempts to create a ‘drug free world.’ ”

Commissioners include former presidents of Colombia, Mexico, Brazil, Portugal and Switzerland; the late Kofi Annan, former secretary-general of the United Nations; and George Shultz, who served as U.S. secretary of state under president Ronald Reagan.

“The truth is that little progress has been made,” Cesar Gaviria, former president of Colombia, said Monday at a news conference in Mexico City. “Countries cannot incur immense sacrifices for the limited results of policies that fail … Many of the states already recognized that the policies they were replicating do not work.”

The report recommends a “cautious, incremental and evidence-based” approach to legal regulation, with each country identifying pathways that are suited to its particular context and restraints.

Priority could be given to substances with the highest prevalence of use in a national context; to plant-based drugs such as cannabis, coca leaves or opium; or other substances that have some form of historic or traditional use, or are part of a cultural heritage, the report says.

Riskier drugs such as injectable heroin “would be subject to far more stringent controls, within a medical prescription model,” than lower-risk drugs such as cannabis.

The report touches on the need to manage the risks of over-commercialization, noting that such a threat has stoked fears of uncontrolled increases in consumption and related health harms.

“The response to this concern should be to ensure that policies are designed to manage such risks, rather than to abandon reform altogether,” the report says.

But Canada won’t likely act on these recommendations. Both Prime Minister Justin Trudeau and federal Health Minister Ginette Petitpas Taylor have said that the Liberal government is not considering regulatory changes for drugs other than cannabis.

At an opioid symposium held earlier this month in Toronto, Ms. Petitpas Taylor was asked repeatedly by health experts, drug users and advocates about Ottawa’s refusal to consider decriminalization, as was introduced in Portugal in 2001.

Her responses – “decriminalization is not a silver bullet” and “Portugal and Canada are two very different countries” – only further frustrated those who wanted movement on the issue.

Ms. Petitpas Taylor was not available for an interview on Monday. In a statement, Health Canada said it will review the report to ensure Canada’s public health approach to drug policy “is based on the latest evidence available.”

Judy Darcy, B.C.'s Minister of Mental Health and Addictions, said Monday she has asked her ministry to review the report in detail.

“I have spoken with our federal and provincial counterparts on numerous occasions about the need for a courageous conversation around drug policy,” read a statement attributed to Ms. Darcy, provided by her ministry.

The document, titled the Global Call to Action on the World Drug Problem, was viewed by some to be a recommitment to a failed “war on drugs.” Of 193 member states, 130 countries signed. 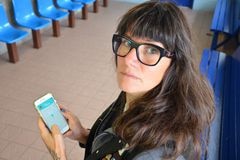 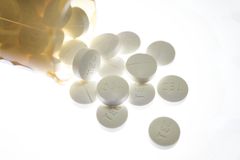 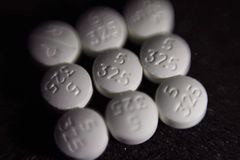