The abrupt creation of pop-up vaccination clinics in some of British Columbia’s COVID-19 hot spots had thousands of people scrambling for a place in line, some waiting hours to get the jab, and others fuming over the lack of notice.

British Columbia Health Minister Adrian Dix on Wednesday acknowledged some “communications issues” in ensuring people knew about the drop-in clinics for people aged 18 and over this week in the Surrey neighbourhood of Whalley, and in Coquitlam and Cloverdale. The pop-up clinics were announced in a news release on Tuesday – the day they opened – and lineups quickly formed as word spread on social media.

Mr. Dix also acknowledged that vaccinations were given to people who did not live in priority neighbourhoods.

“Some people who weren’t qualified for those clinics did get immunized, but the overwhelming share of people that we were targeting to immunize were immunized,” Mr. Dix said, noting 4,000 doses were delivered on Tuesday.

COVID-19 case counts have surged in British Columbia, especially in communities in the Fraser health region. On Wednesday, hospitalizations of COVID-19 patients hit a record high of 515.

Earlier this week, Provincial Health Officer Bonnie Henry announced that the AstraZeneca vaccine would be made available to those aged 30 and up. However, deliveries of the vaccine have stalled.

“We don’t have a lot of supply of AstraZeneca right now, and we have not been informed of any more coming,” Mr. Dix said. “I wouldn’t expect that after this week we’ll see many AstraZeneca clinics until we resupply our pharmacy program.”

The lineups continued on Wednesday.

Hannah Generoso, a resident of Newton in Surrey, said she was unaware of the pop-up clinics even though she lives within walking distance of the drop-in site. She got her shot at work, but had been looking forward to getting her younger brother vaccinated.

“The way that we found out was just through the grapevine. I heard it from an old co-worker and she heard it from her sister-in-law, who heard it from a friend,” she said. “It makes me angry. … We had no clue.”

Her 21-year-old brother arrived at 8 a.m. at the clinic and had to wait three hours to get his appointment. Behind him in the queue were his girlfriend and a cousin, all of whom heard about it by word of mouth.

“I understand that they’re trying to get the vaccines out as fast as possible, but I’m not convinced that it’s reaching the people that need them the most,” Ms. Generoso, 25, said in an interview.

Amar Sandhu, owner of Prabhu Sweets in Surrey, said he learned the locations of the clinics when his wife received a message from a neighbour. He said he and his family members and five of his employees got the vaccine on Tuesday. His remaining five workers arrived at 6 a.m. Wednesday at the clinic in hopes of a shot.

“There was no information. This was just luck,” he said. “I’m just always on Twitter, and on top of my game, so that was my luck.”

Christina Lees has started a B.C. chapter of Vaccine Hunters on Twitter, following the lead of people in Toronto.

“It just started off wanting to help,” she said. “I have friends in the United States, where they were doing searches, and I observed them. I’m not doing anything special. I’m just replicating what they’re doing. The rollout is a complex thing, and it’s not simple when you’re dealing with all the public.”

The 46-year-old runs the Twitter page after work in honour of her best friend, who died in 2019 of an immune disease. She said one of the most frequent questions she gets from people is whether they qualify for vaccination.

In remote parts of the province, vaccine is in short supply. For Leah Weinberg of Fanny Bay, the news she had become eligible was promising, but looking for a dose left her exhausted and frustrated.

The 53-year-old runs a small grocery store, and getting a shot was an urgent priority for her, as her husband is immunocompromised. She said she has called many pharmacies and clinics, and even the COVID-19 hotline, only to be informed to “keep registering at different pharmacies”. She has also written to Mr. Dix.

“I feel a bit panicky because it just seems there is no access. … It has kind of created a frenzy and nobody is getting any vaccine,” she said. “I feel like I’m just going in a constant circle.”

Of the five nearby pharmacies in her area, only four are operating. Two have already run out of vaccine. Melquiades Azcarraga, owner of the Medicine Shoppe Pharmacy in Parksville, received 200 doses on April 9 and administered 40 a day between April 12 and 16. The store has no information on when the next batch will arrive.

“A lot of people are calling us, but we don’t know when we’re getting the next shipment,” he said. “We just tell them that we’ll just wait, there’s nothing much we can do on our side.”

Tablet Pharmacy Parksville has some 700 people on its waiting list. The pharmacy received only 400 doses of the promised 600, and will run out by Friday.

“We need more vaccines,” said Dean Bonthuis, the pharmacy manager. “If we don’t hear anything by Friday morning, everyone on our list will get a mass e-mail that we are short of vaccines.” 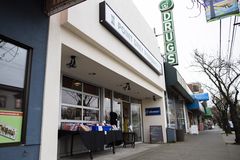 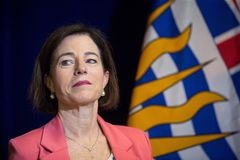 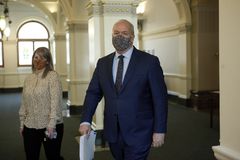