The federal Conservative Party has been running Facebook ads on its Chinese-language page falsely accusing the Liberal Party of planning to legalize hard drugs, rhetoric the Conservatives have pushed aggressively in Chinese but have made little reference to in English.

The page has run a total of six ads, according to Facebook’s advertising transparency library. Of those, two are still active. One ad says, “Previously, Trudeau legalized marijuana, he now intends to legalize hard drugs!" Another ad, similarly saying the Liberal Party intends to legalize “hard drugs,” was also purchased in October but was taken down by Facebook for violating the platform’s advertising policies. That ad depicts a hand using a razor blade to divide a white, powdery substance sitting on a mirrored surface.

The Liberal Party denies planning to legalize hard drugs if re-elected and calls such ads “disinformation.”

“This is yet another example of Conservatives copying the American right-wing playbook, spreading false information to scare and mislead voters,” Liberal Party spokesperson Joe Pickerill wrote in an e-mail.

Mr. Trudeau has said on the campaign trail that his government is not considering decriminalizing any currently illicit drugs.

The Conservatives, however, are not backing away from the ads’ content. In a statement in English earlier this week, the Conservatives referred to “Trudeau’s not-so-hidden agenda: Legalizing hard drugs.”

Besides the ads, the Chinese Facebook page has also featured videos with the same accusation. Two videos were posted on Thursday – one with a narrator speaking in Mandarin and the other in Cantonese. Over a backdrop of debate footage, a voice warns, “In the French-language debate, Mr. Trudeau was asked whether he would legalize hard drugs, and he replied ‘not right now.’ Doesn’t such statement admit that Trudeau’s Liberal Party is planning to legalize hard drugs?”

“If Justin Trudeau tells us precisely when he is going to legalize dangerous drugs, we will amend our ads to reflect the new information.”

A third ad, which alleged that the Liberal Party will tax capital gains from home sales, was again denounced by Mr. Pickerill, who described it as “100-per-cent false."

Combined, those three ads cost the Conservative Party between $200 and $1,097 (Facebook only provides a range for the cost of individual ads and how many times they’ve been seen.) The ads were seen between 11,000 and 25,000 times, and were targeted only at people living in British Columbia and Ontario.

Tung Chan, former CEO of the Chinese-Canadian social-services agency SUCCESS, who is also a long-time Tory supporter, said the drug ads are quite “over the top” and have stirred fear among Chinese-Canadian voters.

The Conservative Party “has gone to the road of trying to stoke the most [basic] fear of people, with which I totally disagree,” he said in an interview. “I do not believe that is a place for a political party to go.”

But he said such tactics are usually effective in the Chinese community because Chinese-Canadians, especially the older generation, have a “very deep, profound abhorrence to hard drugs, particularly opium.”

Richmond, where more than half the residents are of Chinese descent, has opted not to allow cannabis shops.

Laura Edelson, lead researcher with the Online Political Ads Transparency Project at New York University, which monitors and studies political advertising on Facebook, said these ads line up with what her group has seen in the United States.

It conforms to a tactic that Ms. Edelson has seen before, where Facebook pages will buy ads on the platform to drive traffic to their more-incendiary, less-scrutinized content. “That’s a common pattern,” she said.

“So far, we’re seeing these claims in the less-prominent language in a given country,” Ms. Edelson said. “We’ve seen that before, particularly in the United States, where maybe Spanish-language content is more extreme." 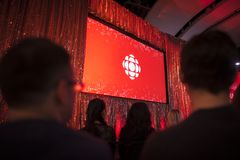 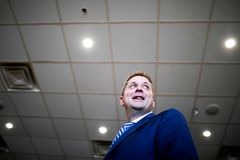 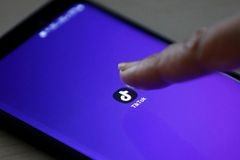 Follow Xiao Xu and Tom Cardoso on Twitter @xiaoxuyvr @tom_cardoso
Report an error Editorial code of conduct
Due to technical reasons, we have temporarily removed commenting from our articles. We hope to have this fixed soon. Thank you for your patience. If you are looking to give feedback on our new site, please send it along to feedback@globeandmail.com. If you want to write a letter to the editor, please forward to letters@globeandmail.com.
Comments