The Vancouver Island woman convicted in the 1997 death of teenager Reena Virk received a day parole extension in a ruling that disclosed she has given birth to a second child and said that parenthood has had a positive effect on her.

“Psychological therapy reports speak to the benefits you have gleaned from being a parent,” says the newly released Parole Board of Canada decision on Kerry Marie Sim, who previously went under the name Kelly Ellard.

Ms. Ellard, now in her late 30s, is serving a life sentence for the second-degree murder of Reena in the Victoria area, a crime that garnered national and international attention given the age of the victim and perpetrators.

The board is allowing Ms. Ellard to spend a maximum of four days in the community, but says she must return to a community residential facility for a minimum of three days every week. The term of the new regimen is listed as six months.

“The Board finds that a more gradual release to the community is necessary to ensure your successful reintegration,” says the seven-page ruling released by the parole board.

Ms. Ellard received day parole in 2017 after giving birth to a first child conceived during a conjugal visit with her boyfriend, whom the parole board’s report describes as the father of Ms. Ellard’s second child.

The report, quoting the Correctional Service of Canada, says Ms. Ellard intends to apply for full parole in the near future.

Ms. Ellard was 15 at the time of Reena’s murder in November, 1997. Reena was 14 when she as killed. She was lured to a secluded spot under a Victoria-area bridge and beaten by a group of teens. She managed to walk away, but Ms. Ellard and Warren Glowatski followed behind. An autopsy showed Reena was covered in bruises and had a cigarette burn on her forehead.

It was several days before Reena’s body was found washed ashore in an inlet. Six girls, aged 14 to 16, were convicted of assault causing bodily harm. Ms. Ellard and Mr. Glowatski were convicted of second-degree murder. She was sentenced as an adult.

This week’s report says the board remains “concerned” with the level of violence Ms. Ellard has shown capable of committing.

“You took the life of a young girl in a brutal manner. Your early institutional behaviour and attitude was troubling. You appeared to continue to act out aggressively and break the rules even when supervised within an institution," the report says.

“It took some time for you to accept your responsibility for the murder and to articulate remorse and regret.”

But the board says Ms. Ellard has demonstrated sustained and positive change. It said she had successfully completed numerous programs and behaved well on escorted, temporary absences.

“While your partner, who is an offender who has completed his sentence, was re-incarcerated you demonstrated maturity and persisted in the goals you had for yourself and your first born. You have had a second child, are in the same relationship, are employed and are assessed as making continued progress.”

The board imposed various conditions on Ms. Ellard, including orders against consuming drugs not required for medical needs and alcohol. She was also asked to avoid direct or indirect contact with members of Reena’s family. Suman Virk, 58, was a tireless anti-bullying campaigner who forgave her daughter’s killer
June 29, 2018 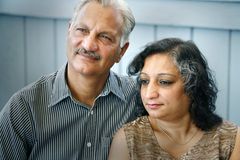