Canada’s spy service had interactions with oil industry officials and also kept tips it received about environmentalist groups, according to classified documents released Monday by a court order.

But the spy service, which has always faced limitations about the kinds of data it can gather and keep about Canadians, blunted concerns about logging such material by saying it never considered information about such protesters “actionable.”

“We put it in our system. It is not actionable. It just sits there. But should something happen, should violence erupt then we will go back to this and be able to see that we had this information,” an unnamed CSIS witness told a closed hearing in January, 2016.

The exchange, revealed by a legal fight by a civil liberties group, sheds new light on how the spy service can keep records about ordinary Canadians.

The B.C. Civil Liberties Association (BCCLA) was cleared to release the documents from the Canadian Security Intelligence Service by a Federal Court ruling. The civil liberties group, which posted documents online and dubbed them the Protest Papers, says thousands of pages of heavily redacted documents generated by Canada’s spy agency prove critics of the failed Enbridge Northern gateway pipeline project were being monitored.

The association and representatives of environmental groups Dogwood and Stand.earth said the documents show that CSIS was spying on the peaceful protests of Indigenous groups and environmentalists opposed to the Northern Gateway project, which the federal government has cancelled, and also providing information to the petroleum industry and National Energy Board.

However, the Security Intelligence Review Committee (SIRC) – the civilian-led agency that reviews the spy service’s operations – has previously cleared CSIS of unlawful spying in the case during a 2015 hearing on the issue held behind closed doors in Vancouver.

A spokesperson for the spy agency cited the review committee finding in refuting suggestions that CSIS had done anything wrong.

John Townsend released a statement Monday that said CSIS investigates activities that fall within the definition of “threats” to the security of Canada, and the definition of threats, as outlined in the CSIS Act, specifically excludes lawful protest and dissent.

The released documents include a declassified 2017 “Top Secret” report in which a federal watchdog rejected all allegations that CSIS engaged in unlawful spying on environmentalists.

In that report, SIRC rejected the BCCLA’s complaints about unlawful spying by ruling that information sharing with CSIS can be a one-way street.

SIRC essentially ruled that while corporations and government energy agencies meet with CSIS to express concerns, the intelligence agency doesn't necessarily pass along any information in return, or act on the information it may get.

"Having reviewed carefully the totality of the evidence submitted to me ... I find that at no time did the Service [CSIS] share information with members of the petroleum industry concerning the 'targeted groups' referred to by the complainant," wrote Yves Fortier, a member of the watchdog body.

The civil liberties association and environmentalists conceded the material is so edited as to be somewhat inconclusive, and urged the public to review it to draw their own conclusions.

“As [the documents] are so heavily redacted, we are left with more questions than answers,” Alexandra Woodsworth, campaigns director for Dogwood, told a Monday news conference.

The civil liberties association is in court to try to reverse the redactions and lift an order that prevents discussion of the 2015 review-committee hearings.

The 2017 SIRC report highlighted testimony from several spy-agency witnesses who said CSIS has no interest in non-violent environmentalist groups. They added that federal laws do not “permit CSIS to investigate groups or individuals for their activities related to lawful advocacy, protest or dissent, unless it is directly tied to a threat.”

A spokeswoman for the federal Public Safety Minister, who runs CSIS, said she could not comment on the court-ordered document release at this time. 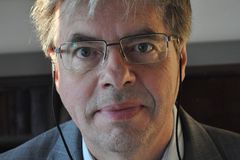 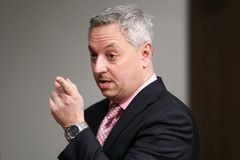 Follow Colin Freeze and Ian Bailey on Twitter @colinfreeze @ianabailey
Report an error Editorial code of conduct
Due to technical reasons, we have temporarily removed commenting from our articles. We hope to have this fixed soon. Thank you for your patience. If you are looking to give feedback on our new site, please send it along to feedback@globeandmail.com. If you want to write a letter to the editor, please forward to letters@globeandmail.com.
Comments