Jong Yun Park was in his home country of South Korea when the new coronavirus broke out there. Like many others in South Korea, Mr. Park wore a face mask every time he went out.

But since Mr. Park returned to British Columbia, where COVID-19 had infected almost 900 people and killed 17 by the end of last week, he hasn’t donned a mask once, even though he says he believes they are effective in protecting him from the spread of the virus.

“If you wear a mask here, people will [consider] you as another patient. I don’t want that kind of feeling,” he said.

Public-health officials in North America have discouraged healthy people from wearing masks, maintaining there’s no evidence they provide effective protection against the spread of the coronavirus. But in parts of Asia, public authorities have suggested the opposite.

Zhong Nanshan, senior medical adviser to the Chinese government, told the public in late January that it’s important to wear a face mask as a precautionary measure. In places such as Shanghai, Beijing and Hubei province, the original epicentre of the outbreak, wearing a mask in public became mandatory.

In South Korea, health authorities advised everyone to use masks, regardless of whether they presented symptoms. Singapore and Japan have distributed masks to residents.

The different messages have left many Asians living in the West, including Mr. Park, confused.

“I just tried to adapt to Canadian culture more when I am here. But back at home … if you don’t wear it, then people would be like ‘what a freak.'”

Scientists seem divided on the utility of having healthy people wear masks.

In a recent article published in The Lancet, Ben Cowling, professor of infectious disease epidemiology at the University of Hong Kong, wrote, “It would be reasonable to suggest vulnerable individuals avoid crowded areas and use surgical face masks rationally when exposed to high-risk areas.”

“As evidence suggests COVID-19 could be transmitted before symptom onset, community transmission might be reduced if everyone, including people who have been infected but are asymptomatic and contagious, wear face masks,” the article says.

In an e-mail exchange with The Globe and Mail, Prof. Cowling said the best way to avoid contracting the virus is to stay at home. However, he said for people who do need to go out, particularly to crowded areas, wearing a mask would lower the chance of being infected compared with not wearing one.

The Centers for Disease Control says on its website that face masks should be reserved for health-care workers.

In early February, China’s state media peope.cn posted an opinion piece entitled “Refusing Mask Wearing In Public Is A Threat To Civilization.” It says everyone is in the “community of shared future for mankind” when facing the epidemic and that wearing a mask is the most direct way to combat the disease.

But in Canada, Mr. Park and others in the Asian community worry that wearing a mask could make them a target for racism.

In Vaughan, Ont., Yancy Liu had to cover her mask under a burka so that she could feel safe.

“If others see my Asian face, they might attack me,” she said.

Ms. Liu grew up in northern China, where the winter is long and cold. Wearing a mask is a normal way to keep warm. But in Ontario, she said, people don’t do that.

Michael Lin, associate professor of neurobiology and bioengineering at Stanford’s School of Medicine, said some East Asian countries have a longer culture of using masks to protect against the harshness of air pollution.

He said it makes sense for people in some countries in Asia, where cities are densely populated, to wear masks. But he still recommends people in Western countries wear a mask if they go grocery shopping or take a taxi or public transportation.

Some areas in Asia, such as Hong Kong, seemed to have the cases under control. But Prof. Cowling said mask wearing is not the most important measure being used in the city. Instead, he said, significant measures include testing, isolation of identified cases, quarantine of their close contacts and social distancing.

Canada’s Chief Public Health Officer, Dr. Theresa Tam, said on Saturday that her advice about masks remains the same: “There is no need to use a mask for well people.”

The CDC said Saturday the agency has no plans to change its guidance that healthy people who are not health-care workers do not need masks. 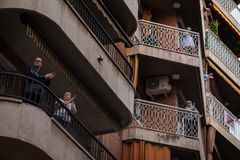 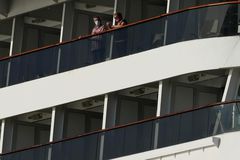