Former BC Liberal cabinet minister Blair Lekstrom has tabled his report on how to navigate a community backlash to the provincial government’s plans to save the southern mountain caribou. But the Lekstrom report, filed May 27, is still sitting on Premier John Horgan’s desk, with just weeks before the province will face unilateral action from Ottawa to protect the caribou.

Environment Minister Catherine McKenna has threatened to impose an emergency protection order if the province fails to implement its own plans. That threat prompted the province to negotiate recovery plans with Ottawa and the West Moberly and Saulteau First Nations – a strategy that drew anger from residents of the Peace River region who fear job losses if caribou habitat is protected.

The federal Environment Minister put the province on notice more than a year ago that she was prepared to override the province and take action on behalf of 10 herds, some of them so small that they are unlikely to survive. The last federal cabinet meeting scheduled before the fall election is at the end of June, and Ms. McKenna has indicated she will recommend an emergency order if British Columbia can’t negotiate a solution before then.

But in April, Mr. Horgan travelled to the Peace River region to extend public consultations and to name Mr. Lekstrom to engage residents about impacts to local forestry and mill jobs that could result from a moratorium on resource development in some critical caribou habitats.

Chief Roland Willson, leader of the West Moberly First Nations, said Monday there is no time to re-negotiate the draft plans. “I’m not sure how they could retool it, other than not protecting caribou. It was pretty minimal as it was,” he said in an interview. “There has been a lot of fear-mongering, but what the government needs to do is make a decision. And protecting the caribou is the right thing to do.”

B.C. is home to 52 herds of woodland caribou, which for decades have been under pressure because of habitat loss from logging and mining and predation by wolves and bears. More than half of B.C.’s surviving herds are at risk of disappearing.

But the caribou are just one of many threatened species in B.C.; 1,807 are at risk, including 278 facing extinction. Conservation scientists worry that the conflict over the caribou has led to delays in drafting endangered-species legislation that is needed to protect the province’s biodiversity.

B.C. Environment Minister George Heyman was appointed in July, 2017, with a mandate to enact a B.C. Species at Risk law. A group of 13 scientists leading research on endangered species have publicly challenged him over delays to that commitment.

“It’s business as usual that is leading to extinction,” said Tara Martin, a professor in conservation decision science at the University of British Columbia who is the main spokesperson for the group.

Dr. Martin said the province spent a year consulting on the proposed legislation. "Where it all came unhinged was really when they started talking about habitat protection for southern mountain caribou, and then they faced a backlash from industry about potential habitat protection areas.”

She said that B.C. is one of the few provinces in Canada without a species-at-risk law, and it is also the province with the greatest number of species in danger.

In an interview on Monday, Mr. Heyman said the legislation has proven to be more complex than expected, and it may not be brought in until 2021.

“We are hoping to bring it in some time next year, but certainly in this mandate," he said. The next provincial election is set for the fall of 2021. He said the delays are due to concerns from Indigenous communities who want to make sure that their knowledge is incorporated in any recovery plans.

Mr. Heyman added that the lack of legislation has opened the door to federal intervention in the case of the caribou. “The absence of species-at-risk legislation in B.C. makes it far more likely that the federal government can come in with an order." Such an order would deal strictly with the habitat needs of the caribou, he said, without considering communities’ social and economic needs.

But Mr. Heyman said the delay in producing legislation in B.C. is justified. “Our goal is to put together a good piece of legislation that can protect biodiversity, protect species at risk, and do it in a way that achieves that goal without imperilling economies of particular communities.” 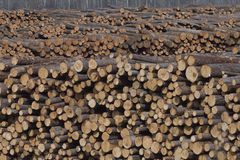 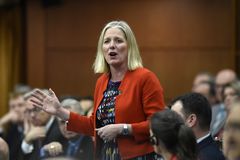