A defence lawyer says the Crown’s theory against a father accused of killing his two young daughters at Christmas in 2017 is circumstantial and his client’s evidence was consistent in denying the allegations.

Kevin McCullough told a B.C. Supreme Court jury Tuesday that the prosecution couldn’t fill in gaps in its case against Andrew Berry including for the time of death for the girls and a motive for the alleged crime.

He also disputed an allegation made by the Crown that Berry attempted suicide after killing his daughters.

“When the accused takes the stand and gives you detailed evidence that he didn’t do it the Crown better prove that he is a liar,” McCullough said in his closing arguments.

“The accused was subjected to the most rigorous cross-examination in this trial and his evidence, whether you like it or not, was eternally consistent.”

Berry is charged with second-degree murder in the stabbing deaths of his daughters, four-year-old Aubrey Berry and six-year-old Chloe Berry. Their bodies were found in his home in the Victoria suburb of Oak Bay on Christmas Day in 2017.

He was found in the bathtub with stab wounds to his throat and chest. He told the jury earlier in the trial that he was attacked by a man with dark skin and hair, but the Crown has suggested his wounds were self-inflicted.

“The Crown case here is completely circumstantial,” McCullough said, adding there was “not a scintilla of evidence” to show that Berry stabbed himself.

In his testimony, Berry said he owed thousands of dollars to a loan shark, whose two henchmen visited his apartment several times before the murders.

McCullough also questioned the credibility of several Crown witnesses, including a blood-spatter expert who he asserted was “in over her head” on a job she was doing for the first time.

“She struggled because the scene was too much for her,” McCullough said.

He challenged the Crown’s theory that the girls were killed in their beds around 8 a.m. on Christmas Day.

McCullough asked why there was no blood on a suicide note that police found when they went to the apartment that day.

“Yet the Crown would have you believe Mr. Berry killed the children around 8 a.m. and wandered around the house all day, not touching the suicide note he wrote for his sister.”

Berry, who was sharing custody of his daughters with his former wife, testified he wrote the note a month earlier when he tried to kill himself.

“He loved his kids and was a doting father,” McCullough said.

Crown attorney Patrick Weir suggested in his cross-examination of Berry that he was in financial trouble, had a gambling problem and knew his daughters were about to be taken away from him. He also suggested Berry stopped opening mail and paying his bills because he had decided to end his life.

But McCullough said just because Berry gambled and didn’t pay his rent or hydro bills “does not make him a killer.”

He urged the jury to accept Berry’s testimony.

“If he was going to tell you a big lie, he would have told you a heck of a lot better one than that,” McCullough said.

B.C. father uncertain why he did not deny killing daughters after attack
August 28, 2019 Vancouver Island father accused in murder of daughters pressed for details about last day with them
August 27, 2019 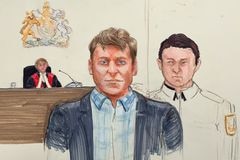 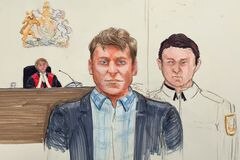