The mayor of Vancouver and the interim director of the Vancouver Art Gallery say they are optimistic about the VAG’s new gallery project, despite the recent departures of the gallery’s director and its chief curator.

Interim director Daina Augaitis says the move to a new building remains a “hot file” and the VAG is “closer than ever” on the project, which has stretched on for well over a decade.

“I feel like there’s every reason to believe that we will be staying the course, and I have full confidence that we will get there with the new building,” Ms. Augaitis said in an interview.

“We have had so much positive dialogue and response from all levels of the government,” she added.

Indeed, in the past few weeks, the provincial government has sent a letter to Ottawa, expressing its support for the project. There have been positive meetings with the federal government about funding for the project, Ms. Augaitis says. And Vancouver Mayor Kennedy Stewart expressed his own support in an interview on Friday.

“The city is behind a new gallery,” Mr. Stewart said, adding that, as an emerging global city, Vancouver should have a proper gallery. “I do think that we really need to make this happen and I’ll do everything I can to help.”

It has been a tumultuous couple of weeks at the VAG, with the abrupt departure of Kathleen Bartels as director last week, followed this week by the exit of the gallery’s chief curator and associate director, Rochelle Steiner, who had been in the job for just one year. Curator Diana Freundl has been named interim chief curator/associate director.

Ms. Augaitis stepped in as interim director when Ms. Bartels departed as her contract was coming up for renewal. (She is staying on as a special adviser.) Ms. Augaitis, who had been with the VAG for more than 20 years, says she does not intend to apply for the permanent position.

There have been numerous other staff departures from the gallery. This is happening as the gallery lobbies government and private donors for hundreds of millions of dollars to build the new facility – a cause that Ms. Bartels had championed.

“If the new VAG does get built, it is her legacy. I mean, she’s put so much work into this to get it to this stage,” Mr. Stewart said.

The gallery has been operating out of a 1906 Rattenbury-designed former provincial courthouse in the centre of the city that had been renovated by Arthur Erickson Architects in the 1980s. The space was deemed insufficient on many levels, including size.

Expansion on the current site was determined to be unfeasible and, with her board, Ms. Bartels began a campaign to find a new home for her gallery.

For the VAG, the biggest stumbling block has been funding. The city granted the land – a few blocks east of the current site – with conditions: among them that the VAG raise an additional $50-million from the province (then-premier Gordon Campbell gave the gallery $50-million for the project in 2008), and $100-million from Ottawa. Deadlines have come and gone, and been extended. (Another deadline is looming, at the end of 2019; Mr. Stewart says he is in support of extending the deadline, but ultimately it is up to City Council.) The money has not materialized.

But in late May, provincial Culture Minister Lisa Beare told the VAG she would be including its project in the provincial arts and culture priorities, to be sent to the federal heritage minister.

“It is my genuine hope that the federal government will work together with the Government of BC to support this unique opportunity,” she wrote to the co-chair of the VAG’s capital campaign.

“I’m really hopeful that the federal government in the coming weeks makes a decision on this funding,” says Mr. Kennedy, pointing out that it is an election year.

The province had indicated that it wanted to see private support for the project. In January, the VAG announced it had raised $85-million in private donations, including a $40-million donation from the Chan family.

Ms. Bartels acknowledged to The Globe and Mail after that announcement that the estimated cost of the construction project – which has been projected at $300-million for years (plus $50-million for an endowment) – has risen by 10 per cent.

Now, some chatter is turning once again to the possibility of expanding on the current site, rather than building a new facility.

“There are other very feasible solutions that we should look at,” says Vancouver-based architect Peter Cardew, one of the architects who was interviewed for a study about expanding the VAG back in 2004. He thinks the VAG should stay on the site and expand underground; he is now recirculating a video he produced in 2014 to promote discussion of other solutions.

“Now the deck is cleared so to speak; let’s have a talk about this. Because what I’m worried about is that [the project] is just going to die. And there’s no doubt the VAG needs some changes and additions,” Mr. Cardew says. “But maybe [we shouldn’t be] betting all on one horse; we could look at other possibilities.”

Meanwhile a former consultant to the gallery says a new building is “sorely needed,” but that the proposed design could be scaled back to 50 to 70 per cent of the original target budget. “It might more realistically meet the current market realities,” says Luke Penseney, who was a contractor for the gallery in 2016 and 2017. “The gallery very much needs its new home.” 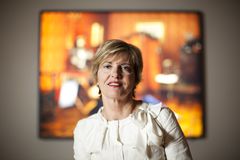 25 things you didn’t know (or had forgotten) about the National Arts Centre Subscriber content
June 3, 2019 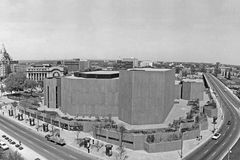