Chen Hsi-huang is a master of a dying art. The latest effort to preserve it leans on the most modern of technology as well as a most eternal of struggles.

Father, the documentary that follows Mr. Chen’s story, opens the Vancouver Taiwanese Film Festival on Friday. The festival is in its 12th year and aims to showcase Taiwan’s breathtaking natural scenery and vibrant cultures, including its aboriginal culture. As the festival notes on its website, it is the only large-scale Taiwanese film exhibition in North America.

In Father, renowned Taiwanese director Li-chou Yang depicts the efforts of an octogenarian puppet master to preserve budaixi. The art, known as glove puppetry, is deeply woven into the traditional culture of Taiwan, but few remain who practise it.

Budaixi originated in China’s Fujian province and was introduced in Taiwan in the Qing Dynasty, dating from the middle of the 1600s. It is a type of Chinese opera that uses glove puppets to tell stories, including popular folk tales.

“I grew up watching Budaixi. Budaixi was voted as the most representative symbol of Taiwan, but now it can be hardly seen in Taiwan. When you see such skillful traditional art is dying, how can I do nothing?” Mr. Yang, the director, said in an e-mail.

Mr. Yang’s subject, Mr. Chen, has devoted much of his adult life to preserving the art. Budaixi was passed on to Mr. Chen by his father – who also passed along a legacy of cruelty. The film is promoted at the festival with a single line: “What if the greatest adversary in your life is your own father …”

The documentary is accompanied by a virtual reality video about budaixi, to let the audience vividly experience the traditional art performance.

Also playing is Formosa 3D, a documentary that combines the natural landscape of Taiwan with its cultural heritage. Using his 3-D lens, award-winning director Charlie Chu spent a decade recording 10 disappearing natural landscapes and 100 artisans of traditional Taiwanese crafts that are being forgotten by people.

Before the movie was made, Mr. Chu was diagnosed with brain tumour and was told by his doctor that he had six months to live.

Surgery has meant Mr. Chu has escaped that death sentence, but he has lost hearing in his left ear and can hardly see out of his left eye.

The experience propelled the filmmaker to aggressively pursue the work he really wants to do. He said he learned 3-D film technology to capture the charm of his homeland.

“I want to tell people sincerely that Taiwan has such great ocean resources, mountain resources and [culture] resources … if these things cannot be protected, I think they will disappear very soon,” Mr. Chu said in an e-mail.

The festival additionally highlights Taiwan’s aboriginal culture. The island has 16 recognized Indigenous tribes, which account for about 2.3 per cent of its total population.

In the love comedy Pakeriran, Taiwanese indigenous director Lekal Sumi draws on his own experience to tell the story of an aboriginal young man who grew up in an urban city but wants to reconnect with his traditional culture.

This year, the festival showcases 10 movies in total, including ones discussing topics such as Taiwan’s LGBTQ community (Alifu, The Prince/ss), and others about education reforms introduced on the island (A Journey of 35 and Turn Around). Alodie Yen, president of the 2018 festival, said every year the festival wants to choose movies that can cover a wide range of topics and can showcase the diversity of Taiwan and its society.

“Taiwan might be a geographically small island, but she is so rich and vibrant in culture! Taiwanese Canadian communities also contribute greatly to the Canadian multicultural fabric. As a country celebrating multiculturalism, we encourage Vancouverites to learn more about Taiwanese cultures through these wonderful films featured in the film festival.”

The Wachowskis’ Speed Racer tears into the Cinesphere for a tenth anniversary celebration
June 20, 2018 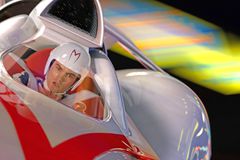 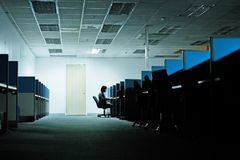