The British Columbia government is protecting 54 of the province’s largest and oldest trees along with a one-hectare buffer zone surrounding each of the giants.

Forests Minister Doug Donaldson said Wednesday that the announcement is also the start of a broader conversation about the future of old-growth management in the province.

The trees are on the University of B.C.’s Big Tree Registry that has identified 347 of the largest of each species in the province.

The 54 trees were at risk of being harvested, but now the government says they’ll be protected.

“These trees represent an important part of B.C.’s natural heritage, and British Columbians have said they want them preserved,” Donaldson said.

Ira Sutherland, the chair of the Big Tree committee, said they’re happy to see any of the trees being protected, but the number announced seems small.

“What we were hoping for is a policy to protect all big trees above a certain size so that we were to make sure that big trees are protected throughout B.C.,” he said in an interview.

Sutherland, whose research as a PhD student at UBC looks at the values provided by old-growth forests, said the forests store huge amounts of carbon to regulate climate, they provide critical habitat for endangered species and have cultural and social values.

He said entering such a forest makes you feel tiny.

“Just being surrounded by these organisms that are hundreds or thousands of years old and are several hundred times bigger than yourself, it just really humbles you,” he said. “The light comes in like a stained-glass window in a cathedral or something. It’s just an incredible environment that really resonates with people.”

The 54 trees to be protected are located in more than two dozen locations, including central B.C., the East Kootenays, Haida Gwaii, Vancouver Island and the Fraser Valley.

Sally Aitken, the UBC co-ordinator for the Big Tree Registry, said it’s good that the government protected not just the individual trees, but the forests surrounding the giants.

“However, protecting these individuals within a one-hectare patch of forest is not a replacement for the comprehensive protection of intact old-growth ecosystems,” she said in an e-mailed statement.

Starting this fall, an independent two-person panel will meet with First Nations, industry and communities on how to manage old growth in the province, the government said in a news release.

Currently, 55 per cent of old-growth forests on Crown land in B.C.’s coastal region are already protected from logging.

Size thresholds for protection are set by government at 50 per cent of the largest tree on record for Douglas fir, Sitka spruce, western red cedar and yellow cedar and 75 per cent for all other species.

For example, the largest known coastal Douglas fir has been measured at 4.23 metres, or almost 14 feet, in diameter so trees would have to be at least 2.12 metres in diameter to be considered.

Aitken said the 75 per cent cut off for the other species would protect very few trees on the registry.

Opinion
The death of an old tree Subscriber content
June 21, 2019 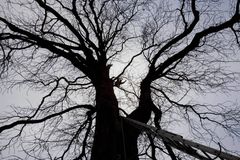 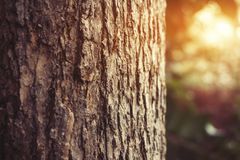 Tree rings show human effect on climate goes back more than a century
May 2, 2019 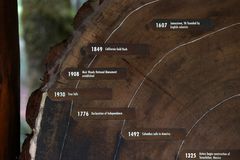