As the B.C. government reconvenes the provincial legislature to pass emergency measures because of the COVID-19 crisis, careful planning has gone into ensuring the work gets done safely.

Only a dozen of the usual 87 MLAs will be in the chamber, and each of those present are expecting to practice social distancing as they work quickly to pass two items of legislation.

“We’re making it up as we go along. It is going to be completely different from what we [usually] do when we’re in there,” Jas Johal, one of two BC Liberals who will be attending the unprecedented sitting, said in an interview.

The members will convene Monday afternoon to pass an interim supply bill to keep the government running, ahead of an eventual vote on the budget, and also pass legislation adjusting the Employment Standards Act, to help employees affected by the crisis.

Throughout, the members of the legislative assembly will be armed with advice from the office of the provincial public-health officer on staying safe while doing legislative business.

“A seating plan has been sent around that keeps us seated at some distance from each other,” said Sonia Furstenau, one of two Green Party members of the legislature, who will be on hand for the session.

“Nobody is sitting close to each other. They have spread us out. There will be no water service or anything like that in the chamber.”

Mr. Johal said he and fellow BC Liberal MLA Mike de Jong, who are representing their caucus, usually sit about two metres apart, but that may not be far enough. The necessary distance, he said, will likely complicate the whispered conversations on strategy that are routine.

Besides the two BC Liberals, there will be two members of the Greens and eight members of the governing New Democrats present – the basic quorum required. Elsewhere in Canada, the Ontario Legislature has been through this kind of situation during the pandemic, and on Tuesday, the federal Parliament will meet in similar fashion.

The latest on the coronavirus: Canada not at the point of declaring federal emergency, Trudeau says; O’Toole calls for delay in Conservative leadership vote

In Photos: Borders close and Canadians self-isolate on the first weekend of the national shutdown

BC Liberal House Leader Mary Polak, who was in on the planning with the other house leaders, said she has never seen anything like it, but that it’s necessary given the impact of the virus.

She said the parties have agreed to allow the bills to go through all three stages in one day. Normally, there are three readings of a bill that have to happen on three different days. With opposition agreement, this can be compressed to one day.

“From time to time, there have been agreements [among parties] with legislation to allow things to go through all stages in one day, but it’s highly unusual and certainly all the other aspects of this I have never seen all combined,” Ms. Polak said.

Ms. Polak said the opposition will have questions about the legislation. “But it’s our intent to allow them to proceed whether or not we’re in support of every aspect,” she said. “With the current situation, it’s obvious that government needs to act with all due speed, and there’s no particular reason to delay this over the course of three days for convention.”

A spokesperson for Government House Leader Mike Farnworth said he would be unavailable for comment on his plans, which include the details of the legislation to help out workers affected by the pandemic. Both Ms. Polak and Ms. Furstenau said Mr. Farnworth was working on the issue of who would serve as Speaker.

Ms. Polak said some form of video conferencing wasn’t an option. “It would take some doing to get us set up to run an operation like that with all that you need for video link. It just didn’t seem practical to have people who need to be spending their time doing other important things trying to sort that out.”

Political scientist Richard Johnston said the situation with the day-long sitting is unprecedented in B.C. and kind of inspiring.

“It speaks to the maturity of the political class that we sometimes say they don’t have,” said the academic at the University of British Columbia. “They’re acting like grownups. I am rather proud of them.”

Opinion
How Ottawa can provide more help to small businesses during the coronavirus crisis
March 23, 2020 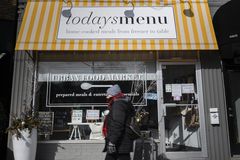 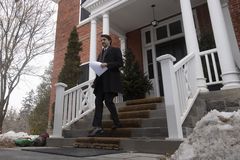