Indigenous women living with HIV experience everyday incidents of racism that impede their access to care disproportionately to other groups, according to a study involving more than 1,400 women across Canada.

This contributes to a loss of Indigenous women along the HIV “cascade of care” – a term used to describe clinical stages of treatment such as diagnosis, retention in care and viral suppression – at a markedly higher rate than other than other ethnicities (-25 per cent compared with -15 per cent to -16 per cent).

“One of the things that came out, quite fascinatingly, in our study was that Indigenous women did have higher attrition rates,” said Angela Kaida, an associate researcher at the BC Centre for Excellence in HIV/AIDS (BC-CfE), an associate professor at Simon Fraser University (SFU) and senior author of the study.

“But when we factored in experiences of racism – not [ethnicity itself] but how much racism you’re encountering in your everyday life – that’s really what was causing the effect.”

Examples include prejudiced comments from health-care providers and disrespect for cultural traditions.

The study’s finding highlights the need for more Indigenous peers in the planning and delivery of such HIV care as well as culturally relevant services in general for Canada’s Indigenous people, Dr. Kaida said.

The study was published this week in the Journal of Acquired Immune Deficiency Syndromes and includes research from the BC-CfE, SFU and the BC Women’s Hospital.

Of 1,424 women living with HIV involved in the study, 98 per cent had started receiving HIV care, 97 per cent of those received care in the past year and 89 per cent initiated anti-retroviral therapy. Among those who initiated the treatment, 94 per cent remained on it.

Among participants who are currently on anti-retrovirals, 83 per cent were adherent and 87 per cent maintained viral suppression, which stunts the development of AIDS and reduces the risk of HIV transmission by more than 95 per cent.

The study found that African, Caribbean or black women had the highest prevalence of viral suppression (84 per cent) while Indigenous women had the lowest (57 per cent).

Valerie Nicholson is chair of the board of directors for the Canadian Aboriginal AIDS Network, an Indigenous peer navigator with the advocacy group Positive Living BC and a peer research associate with the Canadian HIV Sexual and Reproductive Health Cohort Study, which includes 1,424 women living with HIV. She is also an Indigenous woman living with the virus herself.

In these roles, she has no shortage of stories about racism and other cultural insensitivities she and others experience on a regular basis while accessing care.

There was the time she gave a bedridden Indigenous youth an eagle feather – highly revered and considered sacred – to find later that hospital staff had stuffed it in a drawer. In another incident, the health-care provider assumed Ms. Nicholson herself must have substance-use issues: “Well, you’re an Indian, aren’t you?”

Another time, a woman recently diagnosed with HIV visited a physician who asked: “How many people have you infected? One dozen? Two dozen? More?”

“He said that because she’s an Indigenous woman,” Ms. Nicholson said. “Why would she go back after that?”

At Positive Living BC, Ms. Nicholson incorporates Indigenous traditions such as tobacco offerings, cedar brushings and smudging to purify the body and space before talking about medications and other Western treatment.

“When I use this approach, women adhere to medications at a better rate than ones who haven’t connected back to spirit,” she said. 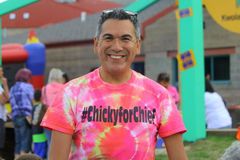 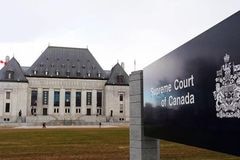 Government revises policies in settlement with Indigenous girl who was denied braces for jaw misalignment
June 5, 2018