A B.C. Supreme Court judge has approved scheduling for the next phase of Huawei executive Meng Wanzhou’s extradition case, a multipronged legal argument alleging abuse of process that will stretch into next spring.

At a case management conference on Tuesday, Associate Chief Justice Heather Holmes signed off on a schedule jointly submitted by both Ms. Meng’s lawyers and Crown lawyers on behalf of the United States.

Robert Frater, a lawyer representing the attorney-general of Canada, said both sides will work throughout the summer to resolve necessary evidentiary issues by the early fall. This will include arguments in Federal Court over redactions in documents that the Crown argues would compromise national security.

A week-long hearing on privilege claims is scheduled to begin on Aug. 17.

Ms. Meng was detained at Vancouver International Airport in December, 2018, and has stayed under partial house arrest at her Vancouver mansion since. The U.S. alleges the Chinese executive lied to HSBC about Huawei’s business in Iran, which put a U.S. subsidiary of the global bank at risk of running afoul of sanctions on Iran.

Associate Chief Justice Holmes ruled in May that a key legal test to extradite had been met: that the criminal conduct alleged by the United States must also be considered criminal in Canada.

The next phase will comprise three “branches” of arguments, with the first regarding statements made by the U.S. President.

Donald Trump has mused about interfering with Ms. Meng’s case if it would help push economic negotiations ahead with China, undermining claims by U.S. Justice Department officials that the case is not connected to the President’s trade agenda.

“If I think it’s good for what will be certainly the largest trade deal ever made … I would certainly intervene,” he told Reuters in December, 2018.

He again hinted at the prospect the following February, at an Oval Office trade meeting with Chinese Vice-Premier Liu He, telling reporters he “may or may not include” a resolution to the Huawei situation in the deal he was negotiating with China.

John Bolton, Mr. Trump’s former national security adviser, also references the matter in his new memoir, The Room Where It Happened, writing that the President did not seem to understand the gravity of the charges against Ms. Meng. The President referred to Ms. Meng as “the Ivanka Trump of China” and suggested “Huawei could also be simply another U.S. bargaining chip in the trade negotiations” with Beijing.

At a case management conference last week, Richard Peck, counsel for Ms. Meng, said this argument would relate to “the President of the requesting state and his assertion that he would effectively do what he wanted with Ms. Meng – which we consider to be an outrageous comment.”

The second branch will focus on Ms. Meng’s detention, search and interrogation during her arrest at Vancouver International Airport, which lawyers say violated her Charter rights.

The third branch will centre on allegations that the summary evidence submitted by the U.S. “is grossly inaccurate and based on deliberate and/or reckless misstatements of fact and material omissions,” constituting an abuse of the extradition process that warrants throwing the case out, according to court documents released last week.

A three-week hearing on all branches of abuse is scheduled to begin on Feb. 16. A final hearing on committal, scheduled for one week, will begin April 26. 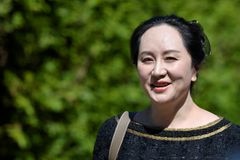 ‘Failure to act now is tantamount to a historic betrayal’: Kovrig’s father says Ottawa must do everything in its power to free his son
June 23, 2020 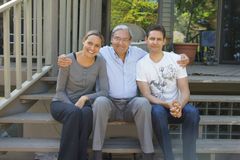 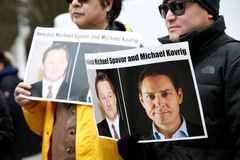