The last time Bernadette Cheung saw her grandmother, she looked smaller somehow. It was August and the isolation of the pandemic had taken a toll, but the elderly woman with dementia still smiled warmly through her care-home window.

“She was still a very bright and bubbly person,” Ms. Cheung said. “For me, she was a source of comfort and positivity.”

By late December, Yuet Wan was dead from COVID-19 when an outbreak swept through Little Mountain Place in Vancouver. Out of 114 residents, 99 have tested positive and 41 of those have died. Seventy staff members were also infected but most have recovered. All remaining eligible residents and most staff have recently been vaccinated.

The outbreak, among the deadliest in long-term care homes in B.C., is raising questions about oversight at such facilities. Ms. Cheung wants answers from staff about how the virus spread to so many residents, as well as a detailed investigation into what went wrong and a stronger third-party body to hold care homes accountable.

Little Mountain Place referred questions to Vancouver Coastal Health, which said in a statement it has worked closely with the care home to bring the outbreak under control, including by screening and testing staff and residents, promptly isolating cases and employing infection prevention and control practices.

“We are saddened by the impact of COVID-19 on residents and staff and are devastated by the loss of life and impact on families,” it said. “Our immediate priority is to connect with families first regarding circumstances at the facility.”

Ms. Cheung said her family learned of the outbreak from a news report in late November. Some families received an e-mail, she said, but she wasn’t on the mailing list despite having e-mailed the care home in the past.

The e-mail from Vancouver Coastal Health, dated Nov. 22, says public health is working to determine which staff and residents have been exposed and that outbreak control measures have been put in place. Residents may be asked to remain in their rooms and some group activities and non-essential services may be restricted, it said.

From the beginning, Ms. Cheung said she was concerned the care home was handling the virus with a “lack of urgency.” Staff first held a Zoom meeting with families on Dec. 7, when they said five residents had died, Ms. Cheung said.

“How quickly the numbers were climbing, it was really alarming,” she said. “Every time people asked questions, there were just very generic answers. … It didn’t sound like they were taking responsibility per se.”

The following week, the number of dead shot up to 17, Ms. Cheung said. Then her mother received a call confirming the family’s worst fear: Wan had tested positive. The 94-year-old died on Dec. 20, soon after Ms. Cheung’s mother and sister rushed to her bedside.

The numbers of infected and dead have continued to rapidly rise every week since. The care home primarily communicates with families through Zoom meetings, which Ms. Cheung said she appreciates, but that trying to get answers is “pulling teeth.” She wants Little Mountain Place to provide more detailed information on its website or in e-mails.

Ms. Cheung said she also wants an investigation with a step-by-step analysis of how the care home responded to the outbreak, so that families understand what happened behind closed doors and staff learn better practices for the future. She said, so far, she hasn’t received a commitment that such a probe will take place.

Vancouver Coastal Health said in its statement that it takes all concerns raised by residents and families seriously and any allegations of insufficient care are fully investigated. It also said it is sharing written communications regularly, in addition to the Zoom calls, and doctors and staff follow up with families directly.

Ms. Cheung also said stronger oversight of care homes is needed. She said she contacted the B.C. Seniors Advocate, but the advocate directed her to the Patient Care Quality Office at Vancouver Coastal Health, which referred her back to the executive director of Little Mountain Place.

Seniors Advocate Isobel Mackenzie was not available for comment, but the office typically makes recommendations to the government about systemic issues in B.C. while patient-care quality offices receive formal complaints about individual facilities.

“It’s just really frustrating,” Ms. Cheung said. “This whole experience has opened my eyes to the fact that there’s no clear accountability board for long-term care facilities.” 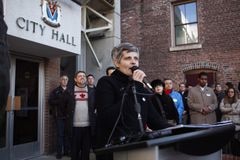 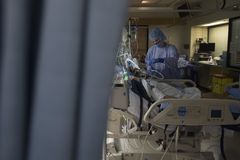