A federal court judge has concluded that Canada’s Fisheries Minister acted against science advice from her department and ignored her own commitments when she made a decision that would devastate the business of some fish farms.

In a ruling last week, Justice Peter Pamel granted fish-farm companies in the Discovery Islands, off the northern coast of Vancouver Island, an injunction suspending a federal ban on restocking their farms. Without it, the ban would have irreparably harmed the companies’ businesses and their suppliers, as well as leading to the cull of more than a million fish, the judge found.

“It seems to me that applicants should be able to know what to expect when they engage in a regulatory process, especially where, as is here, there is a significant investment in time and financial resources,” the judge wrote.

After years of controversy around the safety of fish farms, Fisheries Minister Bernadette Jordan announced last Dec. 17 that all 19 fish farms in the Discovery Islands would be phased out by June 30, 2022.

The judge found that the minister’s announcement ensured that the existing fish could complete their growth cycle and be harvested beyond that date, but that no new fish could be introduced.

However, the minister’s subsequent decision to bar the transfer of smolts from hatcheries to the ocean pens – a necessary step to ensure that the fish matured to the point where they could be harvested – was contrary to the advice of the her own officials and prevented the farms from raising some of their fish to the point of sale, the judge found.

“The minister was informed by her officials to do the exact opposite of what she did,” said John Paul Fraser, executive director of the B.C. Salmon Farmers Association.

Fish farms have been harshly criticized by some environmental groups and First Nations who say they pose several disease and sustainability threats to wild fish stocks.

Environmental groups that have long opposed the farms intervened in the case, but Justice Pamel said that the question of whether fish farms were harmful was not one that was before him. Instead, his opinion focused on the minister’s decision to refuse to grant the companies the permits required to transfer their fish.

The minister’s announcement about phasing out the farms came as the licences of the 19 farms were to expire Dec. 18, 2020. In a memo from her staff, the minister was reminded of Recommendation 19 of the 2012 Cohen Commission report that concluded the farms should be shut down by September, 2020, unless the minister found that the sites posed no more than minimal risk of harm to wild salmon.

The memo, attached to the court file, noted that the Department of Fisheries and Oceans had completed nine peer-reviewed risk assessments to determine the impact of the farms on wild salmon. The assessments concluded that the risk of the transfer of pathogens to wild fish was minimal and that other data collected between 2011 and 2020 found the farms were “generally well performing, minimizing their impacts on fish and fish habitat.”

The memo recommended that the minister extend the licences of the fish farms to June 30, 2022.

“This timing considers the lifecycle of the farmed salmon to allow for the grow out and harvest of fish that are currently in the production plans for the DI [Discovery Islands] area,” reads the memo.

In line with the memo, the companies had their licences renewed until then. But the licences to transfer fish were denied this past February and March.

Lawyers for one of the companies, Mowi Canada argued in court that without the ability to transfer, it would lose about $26-million, including the money spent growing the fish so far, the loss of profit and the expense to cull them. It estimated that 78 jobs would be lost, as well as impacts being felt by local suppliers and contractors.

A lawyer for the department agreed that the companies would have financial losses, but the judge should consider those self-inflicted because the companies should have had a contingency plan to take into account policy changes. The defence argued that the industry was “put on notice” in 2012 with the Cohen Commission report that changes were being considered.

The judge rejected that assertion.

“There is nothing to suggest that the minister would necessarily have found in 2020 that aquaculture sites would post more than a minimal risk of harm to wild sockeye salmon populations and in September, 2020, DFO in fact determined that they did not.”

Lawyers for the department also argued that allowing the transfer licences would harm reconciliation efforts with First Nations.

That’s an important consideration, the judge wrote. But he continued: “It is difficult to find in the record any meaningful consultation with First Nation communities regarding the possible prohibition of the issuance of transfer licences beyond a brief statement.” The judge found the statement indicated that the First Nations “would not oppose a plan that would include phasing out the farms after current stocks were depleted.”

Justice Pamel also said that there is “no uniform opposition of First Nations to the aquaculture industry.”

The judge concluded that without an injunction barring the minister’s order not to issue the transfer licences, “the harm to Mowi and Saltstream, as well as their employees, their families and other businesses in the community, in particular First Nations businesses, will be real and substantial.

“In these most trying of times, given how Canadians are looking to navigate the realities of the global pandemic, these factors outweigh the public-interest factors.

Chief Roxanne Robinson, of the Kitasoo/Xai’Xais Nation, noted that the ability for Mowi to continue to operate is important, as many in her community are employed there.

“Mowi has supported the community so well that we have strong ties and lifelong friendships. The traditional territories are of significant importance to us and we take who we allow to operate in our territory very seriously.”

Beyond this ruling, the companies are seeking a judicial review of the broader decision to shut them down by June 30, 2022.

In a statement, Ms. Jordan’s office said she is reviewing the ruling and “will continue to consider all requests to transfer fish to sites in the Discovery Islands with an open mind, considering all relevant information, including the views of First Nations.”

“The injunction in no way changes the minister’s intention to phase out the fish farms in the Discovery Islands by June 30, 2022, and it does not require the minister to authorize any particular fish transfer.” 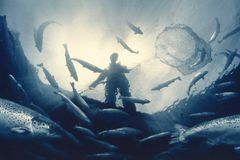 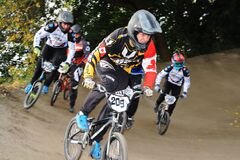 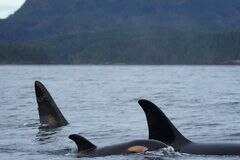 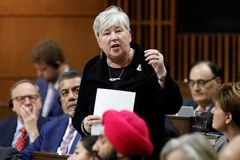