A marathon legal battle that could ultimately change the future of Canada’s health-care system concluded in Vancouver on Friday, more than a decade after it began.

B.C. Supreme Court Justice John Steeves is now left to decide whether British Columbians should be able to pay for faster access to necessary medical care, a move that opponents say threatens medicare’s central organizing principle that health-care access should be prioritized based on need and not the ability to pay.

“I’m looking forward to completing my judgment and signing my name on it,” Justice Steeves told lawyers at the end of the trial on Friday. “Once I’ve done that, I’ll join the rest of the world in watching the progress of this case with great interest.

“I genuinely wish you and your clients the very best.”

A group of plaintiffs, led by orthopedic surgeon Brian Day, chief executive officer of the for-profit Cambie Surgeries Corp., has argued that patients have a constitutional right to pay for swifter access when the waiting times in the public system are too long.

They seek to overturn key provisions of B.C.’s Medicare Protection Act that prohibit physicians from accepting pay from both public and private purses, limit extra billing and ban health insurance for services that are already covered under the public plan.

At the conclusion of final arguments this week, lawyers for the attorney-generals of B.C. and Canada argued that allowing a two-tier system would give physicians incentive to move to the private system from the public system. Such a migration would, in turn, worsen the standard of care in the public system and could lead to the ironic outcome of longer waiting times, they said.

The case is nothing like the landmark cases that struck down certain prostitution laws and opened the door to medical assistance in dying, as has been argued, but rather is motivated by the financial benefit of corporate plaintiffs, the defendants said. As well, they noted that the landmark cases involved plaintiffs who were directly harmed by the laws in question, while this case depended on the evidence of third parties and “generalized evidence of wait times.”

On Friday, Robert Grant, a lawyer for the plaintiffs, criticized the defendants’ legal strategy, saying they came up with a list of “imagined, theoretical harms,” such as the threat of longer waiting times in the public system, to shift the onus on to the plaintiffs to disprove the allegations.

“You can’t directly prove that something does not exist as you can’t measure nothing. You can’t observe nothing,” Mr. Grant said. “The only way that you can prove that fairies don’t exist is to say that there is no credible evidence anyone’s ever seen them. And that’s exactly the same as the claim that private surgeries will increase the waiting times [in the public system].”

Peter Gall, another lawyer for the plaintiffs, invoked a successful case that ended indefinite solitary confinement in federal prisons, in which the plaintiffs were the B.C. Civil Liberties Association and the John Howard Society.

“It shows that [individual plaintiffs are] not needed, that those organizations were fully able, fully entitled, to bring the claim on behalf of prisoners generally,” he said.

Following the conclusion of the proceedings, Dr. Day said he felt they had proven their case.

“There are people sitting in that courtroom who are opposing us who have been clients at our clinic. ... They think that it’s okay for them but not okay for ordinary citizens. This hypocrisy has to stop.”

A decision is not expected for months. 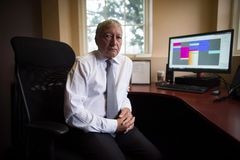 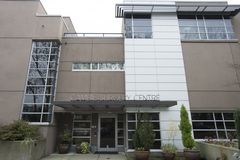 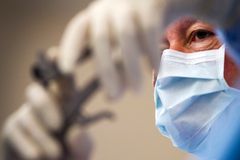