For the third consecutive month, almost as many people have died across British Columbia from overdosing on an illicit drug as all those who have died in B.C. during the entire coronavirus pandemic.

At a grim news conference Tuesday announcing 175 overdose deaths in July, B.C.‘s top health officials agreed that the shame and stigma associated with substance use is pushing many people into the risky act of consuming street drugs alone and it is imperative that the supply of these toxic substances is replaced with safe, regulated alternatives.

Provincial Health Officer Bonnie Henry said her office is working “as fast as we can” with doctors, nurses, pharmacists and the provincial and federal governments on a solution that could quickly put a considerable dent in the average of five deaths a day that B.C. is experiencing in recent months.

She said this group is improving B.C.‘s small “safe supply” program – which started giving users pharmaceutical alternatives to deadly street drugs in March – by expanding the list of medications offered and making these prescriptions much easier to obtain.

The number of people using the program to get hydromorphone, an opioid that can be prescribed as a replacement for heroin or fentanyl, has more than doubled recently. But, Dr. Henry said, it is still too hard for many users to get a doctor to prescribe this novel treatment. She said within a month her office expects a new protocol to be revised so that people can get these prescriptions from nurses at specialized clinics or doctors or pharmacists available through virtual consultations.

“There has been a dramatic shift in how care is provided in communities right now because of the pandemic and we need to take advantage of that,” she said.

A reluctance by many physicians and nurse practitioners to prescribe, in part because of liability concerns, means people who could benefit from these regulated medications have no way of accessing them. Two months into the new program, in May, just 450 people were accessing this safe supply.

Still, like in much of drug policy, the change is painfully slow, Dr. Henry said, “no more so than for the families that have lost their loved ones.”

Dr. Henry said the safe supply program is looking to expand from pills of hydromorphone to offer injectable versions of that drug as well as other “opioids that people need.”

Guy Felicella, a peer clinical adviser at the BC Centre on Substance Use, said at Tuesday’s news conference that the safe supply program needs to offer pharmaceutical heroin and, possibly, fentanyl.

“Every hour of every day, our failed policies are forcing people to play Russian Roulette, only the odds are decreasing in their favour,” he said.

So far, 203 people have died from COVID-19 in B.C. and, Chief Coroner Lisa Lapointe told reporters, the rate of five fatal overdoses a day makes illicit drugs the biggest killers in the province next to other illnesses. Nearly 6,000 people have died since 2016, the year B.C. declared a public-health emergency because of overdose deaths, she said.

“The number of people dying in B.C. due to an unsafe drug supply continues to surpass deaths due to homicides, motor vehicle accidents, suicides and COVID-19 combined, and continues to take a tragic toll on people from all walks of life and all communities in the province,” Ms. Lapointe said.

Ms. Lapointe said the illicit drug chain has been disrupted by the border closures and tumult in international trade brought on by the pandemic, which has led to drug dealers selling substances adulterated with “extreme concentrations” of illicit fentanyl.

In a statement provided by the Ministry of Mental Health and Addictions and attributed to department minister Judy Darcy, Ms. Darcy heralded the safe supply program and said her government has doubled the number of youth treatment beds and invested $10.5-million into the number of overdose prevention sites.

Mr. Felicella said he is dismayed at the way the public and the politicians have responded to B.C.‘s twin public-health emergencies.

“For years we’ve been told there’s no money, but when COVID-19 hit there was money to be burned,” he said. “People who use drugs are people, they’re not nothings, they have names, they have families, they have friends, they have children.” 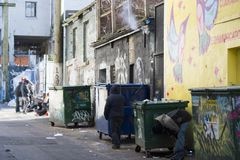