I still dream about Eva Chin’s caramelized chicken-cream grits at Royal Dinette. Ms. Chin is an exceptionally talented chef who infuses her food with lushness, farm-fresh vitality and intelligence. And my two meals at Royal Dinette were definitely among my most memorable this year. So I was obviously disappointed to discover that she left the restaurant not long afterward. I’m still not exactly sure why. I have heard conflicting accounts. Ms. Chin is now a sous-chef at Boulevard in the Sutton Place Hotel, where she will no doubt thrive. Her former sous-chef, Amanda Healey, has been promoted to head chef at Royal Dinette and it’s encouraging to see another woman take her place. But in a year in which the treatment of women in the restaurant industry and their lack of recognition played so prominently in the news, it’s sad to see one so talented lose ground. Letitia Wan, another star, left Di Beppe, one of my Top 10 new restaurants of the year. I hope she lands somewhere great.

One of the major trends of 2018 was the predominance of Italian openings. More than a dozen Italian restaurants opened in Metro Vancouver this year, and that doesn’t even count the pizza chains. None of them, however, really expanded our understanding of Italy’s vast regional diversity. They all stuck close to the tried and true. This is comfort food for a tough restaurant economy and uncertain times – which is understandable, but doesn’t reflect the progressive culinary scene in Italy. When I travelled there last fall, I ate saffron spaghetti with pink peppercorns and lime zest, pancetta lasagna with apple glaze and fermented third-wave pizza topped with scrambled eggs. Italian cuisine is more adventurous than we think. And the only Italian chef in Vancouver who is really staying modern is Pino Posteraro at Cioppino’s, which was recognized this year with a three-fork designation from Gambero Rosso (the Italian equivalent of the Michelin Guide). At his restaurant this year, I ate Hokkaido scallops with octopus XO sauce and deconstructed paella with a black olive and sesame-seed tapenade. The dishes were innovative, sublime and among my best bites this year.

Another huge trend was the explosion of fast-casual counter service. There were so many cafés that opened this year (some of which I’ll be writing about next week), experiments in all-day dining and new hybrids that serve one menu for lunch and another for dinner or on different days of the week. Restaurants are being redefined. And it makes good business sense. As restaurateurs struggle to turn a profit, they are coming up with new concepts that cut down on the cost of service. But that doesn’t mean they should give up on providing decent service in new formats. Although I didn’t write about it for The Globe and Mail, my lunch at The Shop at Two Rivers Specialty Meats – a casual grill within a butcher shop – was a model of efficiency and warm hospitality. They nailed what could have been an extremely unwieldy, multifunctional operation. By contrast, my meals at Popina Canteen on Granville Island were chaotic and disorganized with slow (sometimes surly) service, messy tables, uncomfortable seating and a general feeling of indifference.

As I wrote briefly in last week’s Western Newsletter, plant-based eating will probably be one of the biggest trends of 2019. The new Canadian Food Guide, which will be released in the spring, strongly encourages plant-based protein alternatives to meat. Already this year, the A&W Beyond Meat Burger became a sold-out sensation. Even Earls rolled out a plant-based menu (not overly impressive, in my experience). The best plant-based bites aren’t always obvious. They don’t bang you over the head with a hard block of tempeh. To be honest, I didn’t even realize Aleph Eatery was a vegetarian restaurant until halfway through my meal. (Great mezze, by the way. Too bad the restaurant can’t compose a proper main course.) I was also blown away by the dairy-free cheeses at Blue Heron Creamery. They’re cultured and aged just like real cheese – they actually are real cheese, but made with cashews and coconuts instead of cow, goat and sheep milk. Owner Karen McAthy has just recently opened a small restaurant called SOIL. I can’t wait to try it.

Some of my favourite meals of the year were at Chinese restaurants – succulent Peking Duck at Chang‘An, exquisite sweet-and-sour pork at Hoitong, ethereal dim sum pastries at Chef Tony. What’s even more astonishing is that our Chinese restaurants, for which we are best known internationally, are executing at such high levels when they are facing such an extraordinary labour crisis. Western restaurants think they have it bad in terms of staffing shortages, but Chinese restaurants are even more strained because there are no training programs for the next generation of cooks. The work force is getting old. Chefs are working into their 60s and 70s and being pulled out of retirement. Burnt-out stars – Sam Leung at Dynasty, for instance – are quitting. And “there are no young people in position to replace them,” according to a recent report by the BC Restaurant and Foodservices Association. I look forward to getting involved later this year with some new training initiatives that are being launched by the Chinese Restaurants Awards. I’m doing it for selfish reasons. The Chinese food in Vancouver is too good to lose. 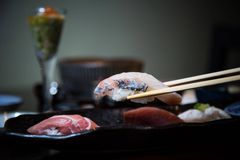 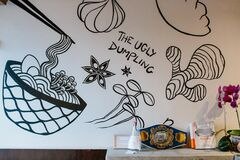 Review
Despite the phenomenal fare, Richmond, B.C.'s Origo Club has some kinks to work out
December 6, 2018 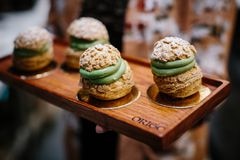