As people took turns speaking into a microphone from the back of a flatbed truck, Annie Storey looked on, clutching a white cross bearing a photo of her son, Alex.

The Burnaby, B.C., man had struggled with an opioid addiction and relapsed in January. He died from a combination of carfentanil, benzodiazepines and cocaine, one week before his 29th birthday, leaving behind an eight-year-old daughter.

On Wednesday, Ms. Storey was among hundreds to take to the streets of Vancouver to mark five years since British Columbia declared a public-health emergency from increasing overdose deaths, driven by an increasingly toxic illicit drug supply.

Portraits of loss: One hundred lives felled by an overdose crisis

“Every time you hear something about the opioid crisis, you think about the Downtown Eastside,” Ms. Storey said. “You don’t really realize it’s all across this province, in every nook and cranny. It’s an epidemic that is killing more people than COVID.”

Perry Kendall, the former provincial health officer who declared the emergency on April 14, 2016, had feared that more than 800 people could die that year – a figure that was surpassed then (991) and more than doubled last year (1,724).

Since then, the province has drastically expanded access to overdose prevention services and naloxone, the medication that reverses the effects of an opioid overdose. More recently, B.C. opened the door to “safe supply” – providing pharmaceutical alternatives to street drugs – and signalled its intention to seek a provincewide exemption to national drug laws to decriminalize drug possession.

On Wednesday, B.C. Minister of Mental Health and Addictions Sheila Malcolmson announced that the province would seek the exemption. The Globe and Mail reported in February that she had written to federal Health Minister Patty Hajdu to inquire about it.

“By taking this step, we can address and reduce the fear and stigma and shame that keep people silent about drug use,” Ms. Malcolmson said Wednesday. “This will support more people in reaching out for the health care support that they need, the life-saving supports and treatment that they need.”

Ms. Storey is intimately aware of the shame and stigma associated with substance use.

“[Alex] died on his bathroom floor, trying to hide the fact that he had relapsed from his partner, from the rest of us,” she said. “I had found him a bed in a facility that would have cost me $23,000 for 42 days. I was willing to do it, but with the shame and stigma, he didn’t feel he could do it.”

B.C.’s efforts to address the toxic drug crisis have been heralded by some to be the boldest in the country – critical steps in ending a failed “war on drugs” in pursuit of health-focused approaches to substance use and addiction. But in a province where close to six people die every day from the toxic drug supply, those same efforts have been criticized as being insufficient, and too painfully slow.

The rollout of safe supply, for example, has been beset with challenges. Relying on a prescriber model means that individual clinicians must act as gatekeepers to a safer drug supply – an idea many are uncomfortable with. Physicians opposed to the idea altogether have described concerns over drug diversion and unintended consequences, while those who support it say it should come from drug policy change, and not individual prescribers.

Steven Yau, a family physician working in the Downtown Eastside, noted that doctors were initially blamed for contributing to the crisis by overprescribing opioids. Those same doctors are now expected to prescribe a way out of it at a time when tolerances have soared and many people require significantly stronger drugs than even five years ago.

“I think this is the worst spot I have felt [I’ve been in] in 10 years in the Downtown Eastside,” Dr. Yau said. “Prescriptions will never meet the users’ demands nor keep up with different varieties of drugs.”

Hydromorphone, the most commonly prescribed alternative for illicit opioids, is ineffective for many who have become dependent of fentanyl, he said.

“And if [prescribers] start dishing out fentanyl, which some of us have, there will be the next synthetic, or derivatives.”

Provincial Health Officer Bonnie Henry acknowledged the hesitancy and said officials are “engaging with clinicians about having the confidence to support people who use drugs with the safer supply resources that are available.”

More than 7,000 people have died from illicit drug toxicity in B.C. since Jan. 1, 2016. Shannon McDonald, acting chief medical health officer for the First Nations Health Authority, said Indigenous people account for about 16 per cent of drug deaths despite making up just 3.3 per cent of the population. 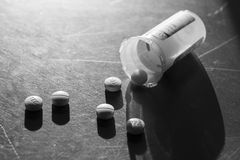 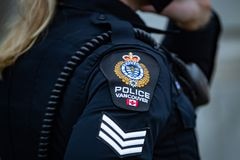 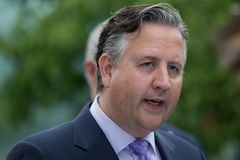