The first study into income assistance payment schedules in B.C. has found that while varying payment timing and frequency can lead to reduced drug use, such changes could also lead to increases in other drug-related harms, including exposure to violence, treatment interruption and overdose frequency.

The unexpected findings have prompted researchers from the BC Centre on Substance Use (BCCSU) to caution against implementing a one-size-fits-all schedule, and instead recommend offering recipients a choice in payment scheduling.

Lindsey Richardson, a research scientist at the BCCSU, an associate professor at the University of British Columbia and principal investigator of the study, said any changes must account for the complexity of individuals’ lives.

“If system changes [are] brought in, it’s not going to affect everyone in the same way,” she said. “You might show benefits in some areas, but it might produce consequences in some other areas.”

Dr. Richardson will present the findings this week at the 2019 Congress of the Humanities and Social Sciences at the University of B.C.

Payment day, commonly called cheque day or “welfare Wednesday,” has long been linked to an increase in drug overdoses, hospital admissions and calls for emergency services. Income assistance cheques are currently distributed on the same third or fourth Wednesday of the month for all recipients.

A 2016 study co-authored by Dr. Richardson found that the average number of people who fatally overdosed in B.C. in the previous five years was 40 per cent higher during cheque weeks than during the rest of the month.

From April, 2018, to March, 2019, an average of 4.8 people died each day in the five days after income assistance payment, according to the BC Coroners Service. That compares to 3.6 people on all other days of the month.

The BCCSU’s cheque day study followed 194 participants, all people who use drugs, for six-month periods between 2015 and 2018. The researchers evaluated two interventions: a staggered schedule where participants received monthly payments on a day outside the government disbursement week, and a split and staggered schedule where participants received payments in two installments two weeks apart on days outside the disbursement week.

Across both groups, researchers found significant decreases in the overall quantity of substances used, the average daily frequency of drug use and the number of drugs used. Participants were also one-third as likely to increase drug use on government payment days, and about half as likely to increase drug use on their desynchronized payment days, although this latter finding was not consistent in all analyses.

However, the results also suggested that some participants were more likely to experience some drug-related harms. Researchers are still analyzing qualitative interviews, but Dr. Richardson shared some initial thoughts.

An increase in negative police interactions, for example, could be because officers are typically preoccupied during government disbursement week, and an individual who increases drug use on a desynchronized payment schedule stands out more, Dr. Richardson theorized.

Increased overdose frequency following staggered payment days could be attributed to the fact that dealers have been said to dilute drugs around government disbursement day because sales will come regardless.

“There’s a differentiation that happens when you take people out of a predictable system,” Dr. Richardson said.

Jules Chapman, a participant in the study, said she preferred the split and staggered schedule once she got accustomed to it. She found it had minimal impact on her substance use, but said that she managed her money better with two separate payment days and liked avoiding the chaos that comes with the synchronized government disbursement day.

“A lot of the time, it’s so busy and crazy on cheque issue day,” said Ms. Chapman, who works as a peer support outreach worker for the Sex Workers United Against Violence Society.

“People who don’t have bank accounts have to go to the Money Mart and the lineups are so long and ridiculous.”

“Staggering the distribution of income assistance cheques is the first step in reducing the strain the opioid crisis is taking on first responders and resources in this province,” reads a quote from Ms. Thornthwaite on her website.

Vancouver City Councillor Sarah Kirby-Yung introduced a motion to support Ms. Thornthwaite’s bill, which council will vote on next week. 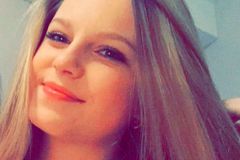 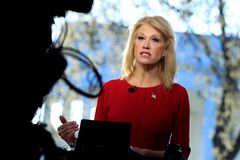