Andrew Weaver, former leader of the B.C. Green Party, will sit as an independent in the provincial legislature for the rest of his term, altering the delicate makeup of British Columbia’s minority government.

Mr. Weaver announced last fall that he would step down as the head of the party, allowing the Greens to choose a replacement before the next provincial election, which is scheduled for the fall of 2021. He declared on Wednesday that, starting on Monday, he will leave the Green caucus, which has a formal agreement to support the NDP minority government.

“As the leadership race unfolds, I believe that it is important for the B.C. Green Party to develop a new vision and voice independent from mine. My presence in the B.C. Green caucus could hinder that independence,” Mr. Weaver said in a statement.

He added that family health matters – which he did not disclose – require an increasing amount of his attention. "Sitting as an Independent will also give me a better opportunity during the upcoming legislative sitting to attend to personal matters, including a number of health challenges affecting my family.”

The NDP and the Greens entered into a pact known as the Confidence and Supply Agreement in the summer of 2017, allowing the New Democrats to form a government. Mr. Weaver has maintained his commitment to that agreement.

The NDP holds 41 seats. The Greens will now have two MLAs, but retain official party status. The Opposition Liberals have 42 seats. There will be two independents: Mr. Weaver and Speaker Darryl Plecas.

The Greens will elect a new leader in June. Interim leader Adam Olsen will be in charge during the spring legislative session, which begins in February.

Mr. Olsen supported Mr. Weaver’s decision to sit as an Independent. “We recognize that a person’s commitment to their family needs to come before those to their caucus.” He added that the Greens will continue to use their numbers in the legislature to keep the minority government in place.

“Our priorities as a caucus remain the same: To represent the voice of B.C. Green values and priorities, to support a stable minority government, and to hold the B.C. NDP government accountable.”

Mr. Weaver has not ruled out resigning his seat in Oak Bay-Gordon Head if the next leader is not a member of the legislature.

He said on Wednesday he intends to return to the University of Victoria to teach once he leaves politics.

“I’m excited about the prospect of eventually getting back to the classroom,” he said. "I entered politics to have a positive impact on the political discourse on climate change, and I am very proud of the accomplishments of the B.C. Greens under my leadership. I look forward to watching their continued growth under the party’s new leader.”

The changes could shorten the lifespan of the minority government: A new Green leader may choose to establish his or her profile by making life difficult for the party’s NDP partners – the Greens will have to define themselves as a different choice in the next election, and being an adjunct of the current government makes that challenging.

A look at what Andrew Weaver’s upcoming departure will mean for the remaining B.C. leaders
December 13, 2019 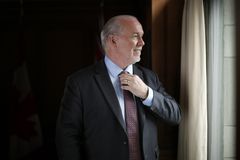 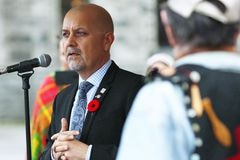