B.C.’s former sergeant-at-arms, who was tied to a spending scandal involving the clerk of the B.C. Legislature, will not face any charges after two special prosecutors were unable to find evidence to substantiate them.

Mr. James, who had worked at the legislature for decades, was charged. In a court appearance last month, Mr. James pleaded not guilty to five charges, including breach of trust and fraud, while the judge tossed out one of the accusations against him.

Mr. Lenz has denied any wrongdoing. He issued a statement Tuesday saying he was pleased with the special prosecutors’ decision. He thanked the police, prosecutors, and friends and family who stood by him.

“I have always maintained my innocence, and now it is clear for everyone to see,” the statement said. “I look forward to putting this ordeal behind me and enjoying my retirement with my loved ones.”

After the report by Mr. Plecas was released, Beverley McLachlin, former chief justice of the Supreme Court of Canada, was appointed to look into the allegations against Mr. Lenz and Mr. James.

In her subsequent 2019 report, she said Mr. James improperly claimed benefits and used legislature property for personal reasons, but that Mr. Lenz did not engage in misconduct. The report also noted there was a lack of clarity in authority over expenses and administrative matters at the legislature.

Mr. Lenz retired from his job in 2019, saying that although he had carried out his duties with the “utmost integrity,” he had concluded “that the damage that has been done to my reputation will never be fully repaired, and that if I continued as sergeant-at-arms, I would be doing a disservice to my office.”

A week after his retirement, an independent review under the B.C. Police Act, conducted by former Vancouver Police Department investigator Doug LePard, concluded that Mr. Lenz repeatedly did not tell the truth when questioned about some of the spending-scandal allegations.

Mr. Plecas maintained that Mr. Lenz “told him on numerous occasions that Mr. James had committed a theft of a large amount of Legislative Assembly liquor in April, 2013,” Mr. LePard wrote, and that he wanted to use that information to compel Mr. James to resign. But when Ms. McLachlin interviewed Mr. Lenz, the sergeant-at-arms denied that he had accused his colleague of theft.

Mr. Lenz told Mr. LePard he was aware of the liquor loaded into Mr. James’ truck, but “said that he assumed he was taking it to the [liquor distribution branch] for a refund.”

Mr. James will face trial by judge alone when he returns to court, with proceedings expected to begin in January.

B.C.’s former auditor-general also released a report into the spending allegations last year, finding “a number of weaknesses and gaps” in financial oversight for top officers at the legislature that allowed for hundreds of thousands of dollars in questionable expenses to go unchecked.

Carol Bellringer emphasized that her review was not a financial audit, but an effort to inform the legislative assembly on its financial processes and practices. She stopped short of ruling on any instance of fraud.

The Canadian Press with a report from Globe staff 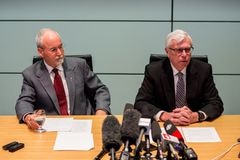 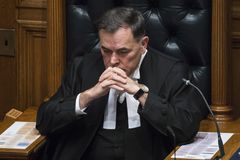 Horgan told chief of staff not to brief him on B.C. Legislature scandal
October 10, 2019 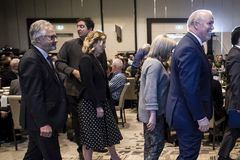