When Dawn Johnson came to, she was sprawled on the kitchen floor. Her blood was everywhere. She could hear the father of her infant daughter pacing in the next room. She had just turned 16. He was decades older. He’d tried to kill her, beating, then strangling her. She had no idea how long she’d been out. She couldn’t move. Everything hurt.

During the assault, the kitchen phone receiver had been knocked off its wall mount. She stretched her fingers as far as she could, slowly dragging the beige handset to where she lay on the filthy, tiled floor. She pushed the hook switch to hang it up, dialled 911, then let go of the receiver. She didn’t dare say a word to the operator: she couldn’t risk alerting the man in the next room − the predator she thought was her boyfriend − to the fact that she was still breathing. She closed her eyes. “All I could do was hope police got there first."

She couldn’t know it then, but that night marked the end of Ms. Johnson’s beginning, one steeped in violence, pain and abuse of every type. Life didn’t suddenly become any easier. But that night, the former foster kid with 36 addresses began charting an astonishing, new course for her life, and that of the baby girl she’d named Sky. One that led her to law school at the University of British Columbia’s Peter Allard School of Law, from which Ms. Johnson will graduate on May 30.

The moment will feel “surreal,” she says. “Law school was a childhood dream I had long since given up on.”

After a week-long stay in hospital, Ms. Johnson, who was born to a Cree-Dene mother and a white father, left the streets of Edmonton that for years had been a kind of home. Despite having only a Grade 7 education, she earned the prerequisites she needed at the city’s Norquest College to attend Grant MacEwan College. There, she powered through a diploma in child and youth care. She completed a bachelor’s degree at the University of Victoria by correspondence at night, while working full-time and raising Sky and her niece, Emma, whom she adopted at age four.

At no point, has she accepted welfare, she says: she wanted something “more” for her daughters. Her extraordinary work in child welfare led to an Alberta Centennial Medal in 2005, then to law school at UBC.

She is choosing to open up about her early struggles in hopes it might reach a scarred, young First Nations woman, just like the one she used to be.

“Life throws stuff at us,” Ms. Johnson says. “We all have that resiliency within us − especially if you come from a place where you’ve had to learn to survive.”

It was just a few years ago in conversation with her grandmother that Ms. Johnson recognized how close she had been to becoming a statistic. Many of the girls she knew on the street went missing or were murdered; her grandmother told her every time police found a body, she used to turn on the news to see if it was Dawn.

“That’s where I come from. By any number of statistics, I should not be where I am.”

People recognized a spark in Ms. Johnson from a young age. She was invited to the academic challenge program at school, and ran laps in the hallways in the early morning to stay fit. Life at home was a lot more complicated.

Her parents stayed together long enough to have three children − Johnson was their first − before splitting up. Her father, a trucker, raised them with his parents’ help. Their grandmother Gwen was the only stable person in their lives, Ms. Johnson says: “She would come in the morning to get us ready and make lunches, then drop us at school.”

They were dirt poor. To earn money, Johnson took a flyer route when she was nine, then started driving a Dickie Dee ice-cream bike a year later, though she had to wear borrowed Doc Martens to reach the pedals. During this period, however, Ms. Johnson was abused, physically and sexually.

But Gwen died suddenly, and when Ms. Johnson was 11, she and her siblings were taken into government care, each sent to live with different foster families.

Suddenly, Ms. Johnson felt absolutely alone. On the streets of Edmonton, she found a sense of belonging, community and identity. There, she was surrounded by kids who were traumatized and hurt, just like her. They tried, as best they could, to look out for one another. But predators were everywhere, and Johnson was repeatedly exploited and victimized, adding new layers of trauma atop old wounds. To numb her pain, she began using drugs. A year after going into care, she dropped out of school: “I was too busy trying to survive.”

By the time she was 14, hurt one too many times, she “consciously gave up,” she says. “I really didn’t care what happened to me. I just wanted it to end.”

And then she got pregnant. At first, she didn’t plan to keep the baby, but seven months in, she realized she didn’t want another generation in her family to be raised by strangers.

Her social worker firmly opposed Johnson’s new plan, telling her she was “unstable, street-entrenched and transient.”

“So she did what all good moms do − she dug in and fought back,” says lawyer Lisa Pomerant, who helped Ms. Johnson keep custody of her child. “She had all the resources of the state against her.”

Johnson also credits criminal lawyer Steven Fix for inspiring her decision to study law. Mr. Fix was her brother Chris’s lawyer for the 20 years that he spent in and out of the justice system before his death from an overdose ten years ago. Chris was her hero, her protector, her best friend.

Ms. Johnson felt terrified the first time she laid eyes on Sky; but she was also “absolutely in love.” To this day, they are “inseparable,” she says. Ultimately, she believes Sky saved her life, giving her a razor-like focus on bettering her life so she could give her daughter the love and care she’d always longed for. Ten years ago, the family grew by one when Ms. Johnson adopted Chris’s daughter Emma. There was no way she was going to lose her to the system.

That, and the grace and kindness of a couple of strangers, including Ms. Pomerant, who traded her services in return for a poem or short story from Ms. Johnson. To this day, she considers Ms. Johnson the “brightest, most resilient and strongest” young woman she has ever met.

After college in Edmonton, Ms. Johnson joined Alberta’s youth advisory council for youth in care and a coalition for street youth. Volunteer work as a teen mentor to young mothers led her to work with sexually exploited street youth.

But the longer she worked in child welfare, the more frustrated she became “with the barriers keeping families apart.” She became angry: “It was productive, but it wasn’t healthy.” On a whim, she wrote the LSAT, and applied to UBC. She wanted to “help families stay together,” and show them the empathy and respect that she felt was sorely lacking from too many courtrooms. She was stunned to learn that she had been accepted.

But law school was no breeze, and she almost quit after her first year. She felt like an imposter: not bright enough, not rich enough, not good enough.

That’s when Prof. Deborah Parkes, chair in feminist legal studies at UBC stepped in, persuading her to stay by telling her the law needs people exactly like her. We need lawyers who have “felt the sharp end of the law and seen the legal system’s gaps and failings,” Ms. Parkes told The Globe and Mail this week.

Ms. Johnson says: “She backed me and stood by me and supported me through school.”

Looking back days before she graduates, Ms. Johnson reflects on her life: “I’ve fallen and got back up, survived violence, worked two or three jobs to make ends meet as a single mom. In my journey, I keep getting better and healthier.” 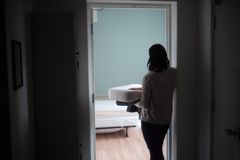 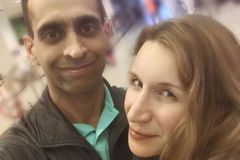 Investing for impact doubles as savers seek to do good
April 1, 2019 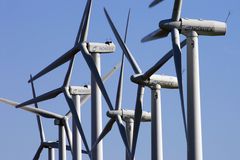