Vancouver’s civic political landscape is so altered and fragmented that it’s possible a mayor could be elected with as little as 20 per cent of the vote, say political analysts.

And that is good news for city councillor Hector Bremner and a group he has formed that is breaking away from the city’s oldest political party, the centre-right Non-Partisan Association (NPA), says David Moscrop, a political scientist affiliated with Simon Fraser University.

“The field is so crowded, [their mayoral candidate] could win with 20 [per cent] to 25 per cent. It is a moment in which a small, upstart party could win,” Mr. Moscrop said.

Pollster Mario Canseco echoed that possibility, although he added that Vancouver is not a city that votes heavily for the right. But with the city’s housing crisis as the dominant issue that has divided people on the right and left, there is a stronger chance than usual that voters will not decide along traditional partisan lines as they look to the candidate with the strongest position on housing solutions.

“Everybody’s looking at the same numbers and thinking, ‘If I can get 20 [per cent] to 25 per cent, I can be elected mayor,’” Mr. Canseco said.

New groups and independents have an advantage this year because of the dramatically altered rules for campaign fundraising. While the two big parties – Mayor Gregor Robertson’s Vision Vancouver and the NPA – raised $6-million between them for the 2014 race, bans on corporate and union donations and limits on individual donations mean those parties will have nowhere near the same financial clout.

The results will depend in part on who stays in the race out of the current 10 declared mayoral candidates, who drops out and how successful Mr. Bremner and his team are in establishing a party brand and appealing platform in the short time before the Oct. 20 civic election, political observers say.

It will also depend on who sticks with the 81-year-old NPA, a party that has dominated Vancouver politics for much of its existence.

The NPA has struggled in recent years. It was swept out of power by the Coalition of Progressive Electors in 2002. It was elected with a bare majority in 2005 and ended that term with serious infighting. In the three elections since then, the party has not been able to get more than two or three councillors elected.

This time, it’s undergoing an even more divisive internal battle, after the NPA board decided that Mr. Bremner, who had been elected as an NPA councillor just last October, would not be allowed to run as a mayoral candidate.

The board didn’t release specific reasons, but party members dropped many hints that Mr. Bremner, who works for a communications and lobbying company, had potential conflicts because of the company’s developer and retail clients.

Many of Mr. Bremner’s supporters have interpreted the NPA’s move as a rejection of his ideas for tackling the city’s housing crisis, which included allowing more density in the west side’s single-family neighbourhoods – neighbourhoods that typically vote NPA and that energetically fight new types of density from townhouses to apartment buildings.

The NPA’s unusual move, which appears to put populist and anti-development candidate Glen Chernen in a strong position to win the party’s mayoral nomination on June 3, led to board and party members resigning. And it led Mr. Bremner to announce late last week that he and the hundreds of members he had signed up were likely going to form a new political party.

Mr. Bremner said he had tried to bring new ideas to the NPA, but has concluded that, “This was a party that was atrophying, that doesn’t have its finger on the pulse of what people want.”

Mr. Bremner said he realizes that everyone on his team will have to work hard to get public recognition by October, but he said a core group of about 55 people have thrown themselves into the complicated work of creating a new party with a proper constitution and processes.

“People have really leaned in deeply,” he said. “We are trying to rebuild a big tent, to become what the NPA used to be.”

Those processes will include having a mayoral nomination and Mr. Bremner said he is prepared to compete for that and possibly lose.

“I’m holding myself to the same standard as with the NPA.” 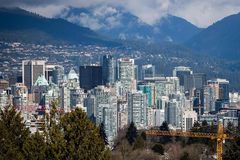 Squamish Nation chief Ian Campbell to run for mayor of Vancouver
May 14, 2018 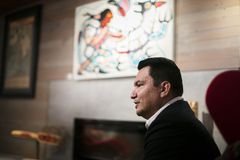 Opinion
Vancouver’s mayoralty race is serving up a hot mess
May 11, 2018 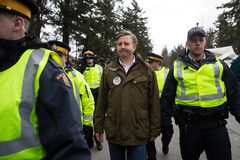