Fraternities at the University of British Columbia have indefinitely suspended all social functions after an allegation of multiple women being drugged at parties on campus on the weekend.

Both campus security and the RCMP are investigating the allegation, although neither had received any formal complaints or identified any alleged victims as of Wednesday.

The UBC Interfraternity Council, the official governing body for the 10 fraternities on campus, said in a statement that it is working closely with “pertinent groups” and that anyone with information on the allegation should contact police.

Ainsley Carry, vice-president for students on the UBC Vancouver campus, said Wednesday that his office received the information from social media and asked the RCMP detachment at the university to open an investigation.

“To be clear, the information being shared online is being taken very seriously and we will conduct, or partner with the RCMP, on a full investigation related to these matters,” Mr. Carry said. “But our first priority at this stage is to encourage anyone who has experienced this, or has information related to this criminal behaviour, to please report it to the RCMP.”

Mr. Carry, who has been at UBC since April, said he has worked at various universities in the United States over the past 25 years, and that the first six to eight weeks of the school year are often considered a “red zone for issues of sexual misconduct and sexual violence.

“We do think about that as we think about our orientation and education programs as students arrive on campus, and the information that we share with students at the beginning of the year,” he said. “That is a particularly delicate time of year for brand new students.”

Mr. Carry’s office has been in contact with the Interfraternity Council and will be speaking with the fraternities throughout the week to gather information about the allegation.

“One of my students spent the weekend in the hospital after being drugged in a Vancouver bar on Friday night. On Saturday morning there were six (6!!) women with her who had been drugged in the fraternities on UBC campus,” wrote Ms. Adshade, an instructor in the university’s School of Economics.

“And people ask me why I am opposed to the frat houses?”

In an interview, Ms. Adshade said it was not the first time that students have told her they’ve been drugged. “I think the problem is the university provides training to the fraternities, but other than that, their behaviour goes largely unchecked.”

Chris Hakim, president of Alma Mater Society of UBC, said the individual fraternities are outside the jurisdiction of the AMS, but the society is working with the Interfraternity Council to ensure that students are provided resources and education about sexual assault.

“The AMS considers this a very serious matter and one of the highest priority, which is why we are in contact with the relevant groups regarding this issue. In addition, we want to ensure the safety and well-being of the students affected,” Mr. Hakim wrote in an e-mail.

Ms. Adshade is urging the university to eliminate fraternities, which she calls “unsafe.”

“I don’t really understand why we have to have all-male secret societies on campus. I think it creates a bad culture on campus,” she said.

Mr. Carry said Wednesday that the priority is to learn the facts of the alleged druggings and that it would be premature to discuss long-term plans aimed at fraternities.

“I am hesitant to suggest any preventative action that we would wrap around the fraternities or sororities right now because we’re still learning what happened,” he said. “We’re still trying to gather the facts.”

Discipline proceedings against B.C. police officers after assault allegations in Cuba to be held in province
October 2, 2019 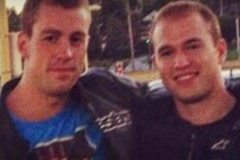 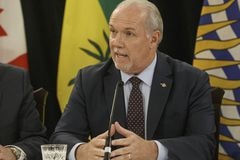 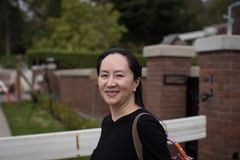 Follow Xiao Xu and Andrea Woo on Twitter @xiaoxuyvr @andreawoo
Report an error Editorial code of conduct
Due to technical reasons, we have temporarily removed commenting from our articles. We hope to have this fixed soon. Thank you for your patience. If you are looking to give feedback on our new site, please send it along to feedback@globeandmail.com. If you want to write a letter to the editor, please forward to letters@globeandmail.com.
Comments are closed