Hours before Ottawa’s second chartered plane took off from Wuhan, Stella Yan, mother of a three-year-old Canadian citizen, got in touch with federal officials about getting on it, but was told it was too late and the flight was full.

The aircraft carrying people who were stranded in China’s coronavirus lockdown can seat about 200 passengers. It took 185 back to Canada, leaving the mother and daughter behind.

Three days later, Foreign Affairs Minister François-Philippe Champagne told the media he had not received information that any other Canadians wanted to be repatriated, and the government had no plans to charter additional flights.

Now, Ms. Yan, a single mother who lives in Richmond, B.C., is part of a newly formed group calling for Ottawa to send a third aircraft to Wuhan. The group, mainly Canadians and family members trapped in Wuhan, sent an open letter to Global Affairs Canada on Saturday urging the government to promptly take action.

“We have collected a list of approximately 50 Canadian families who are compelled to remain in Hubei but profoundly yearn to return to Canada,” the letter reads.

“The longer this ordeal carries on, and the longer the lockdown continues for these unfortunate individuals, the more danger it will impose on the Canadians stuck there.”

Canada has sent two charted flights to Wuhan, the epicentre of the coronavirus outbreak, and evacuated more than 400 Canadians and family members from China’s Hubei province, which has been locked down for more than a month. But the letter says some Canadian families didn’t or weren’t able to take the flights because they didn’t receive proper notice and weren’t aware they should have registered with the Canadian government when they travelled to China, which would have made it easier for Ottawa to help them.

So far, Canada has not committed to send a third plane to Hubei, but the group said it received a response from the Prime Minister’s Office, saying the letter “will receive due consideration from the minister.”

The PMO did not respond to requests for comment on the response.

Barbara Harvey, a spokeswoman for Global Affairs Canada, did not comment on the possibility of a third flight. “We stand ready to provide consular services to Canadians to the extent possible, while respecting the domestic health authorities as they manage this public health emergency,” she said.

Ms. Yan, a permanent resident of Canada, said she wasn’t aware she was qualified to leave when the first Canadian charter flight was announced. So she didn’t start reaching out to the Canadian government until she learned about the second plane and that she could board with her Canadian child.

When she was connected with Canadian officials through e-mails, it was already the morning of Feb. 10, and the second flight was scheduled for that night.

The e-mails from Global Affairs Canada, viewed by The Globe and Mail, say it was too late for her and her daughter to be added to the list and no more seats were available.

Ms. Yan said her concerns and anxiety have been growing day by day since then.

“I just felt depressed thinking of not being able to be evacuated later,” she said, adding that her daughter hasn’t gone outside for more than a month.

But now that she is a part of the group advocating for a third flight, Ms. Yan has hope. “I want to bring my child back to our home in Canada.”

B.C. resident Liu Jing is also a member of the group. She said her husband, a Canadian, is hoping to return to Canada with the government’s help.

Ms. Liu’s husband also got in touch with Canadian authorities not long before the second flight took off. He didn’t finalize his registration, as he believed he would not be able to reach the airport on time.

The family was still optimistic back then, waiting for the Chinese government to lift the lockdown. But seeing no sign of that, Ms. Liu and her husband started to worry.

“How long will this situation last? Will his job be kept?” she said.

The best advice for investors amid the coronavirus scare, the TSX stock handing out special dividends, and GICs to avoid
February 26, 2020 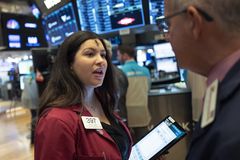 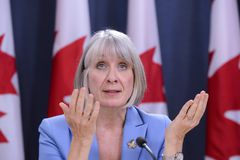