The annual Pacific herring roe fishery is winding down in the Strait of Georgia, amid protests from conservationists who say the harvest threatens a species that is critical to the recovery of dwindling chinook salmon, and to the survival of the endangered southern resident killer whales.

The federal Department of Fisheries and Oceans opened the herring harvest on Friday, and by Monday, a fleet of gillnetters remained on the water off of the east coast of Vancouver Island, nearing the fill of their quota of just 10,895 tonnes of fish.

The allowable catch has been cut in half from last year because of lower returns expected this year. Of the five major herring stocks found off B.C.'s coast, the Strait of Georgia is the only population left that is considered healthy enough to support a commercial herring roe fishery.

“DFO is managing this fish to extinction,” said Ian McAllister, executive director at Pacific Wild, as he monitored the fishery between Hornby and Denman islands. “It’s painful to witness this, it’s so important for salmon and whales.”

Pacific Wild and other conservation organizations have called for a moratorium on the commercial herring roe fishery, arguing the remaining population should be left to recover, and to feed the chinook, which in turn are the primary source of food for the southern resident killer whales.

He said the fleet appears to be catching mostly juvenile herring – the key reason the Alaska Department of Fish and Game has not opened its own herring roe fishery this year. The Alaskans estimate that more than 80 per cent of the herring are less than four years old, making them too small to market.

“These are the classic signs of overfishing,” Mr. McAllister said. The herring are a keystone species, an important source of food for seabirds, larger fish, sea lions and seals, and whales.

Scientists say they believe the dramatic drop in the wild populations of chinook salmon are a critical factor in the shrinking population of the southern resident killer whales. The federal government has promised funds to help the whales recover – Mr. McAllister said some of those funds should have been used to pay some fleets to sit out this fishery.

This season’s allowable catch has been reduced because DFO is forecasting fewer herring in the Strait of Georgia this year. This year’s range in forecast spawning biomass – the estimated weight of the stock when the fish are ready for spawning, the standard way of measuring the tiny fish – is 27,000 to 110,000 metric tonnes.

Brenda Spence, DFO’s acting regional manager responsible for the herring fishery, said the reduced quota this year is based on sound science. “We do a comprehensive and consistent stock assessment program,” she said. She said the fishery does not target juvenile herring, although DFO forecast a higher than normal proportion of smaller fish among the spawning herring.

“Early indications from the fish caught in the Strait of Georgia is that they are of a large size – good market quality.”

“There’s a lot of uncertainty," he said, adding “What’s important to look at in this discussion about herring, is that the marine ecosystem has changed dramatically over the past 30 to 40 years.”

Pacific herring were once abundant off the B.C. coast, but overharvesting over decades has dramatically altered the population.

“I have great respect for the DFO scientists who do the herring modelling, but there are a lot of unknowns out there, we need to know more," Dr. Ford said. 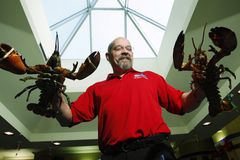 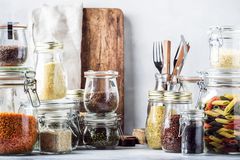 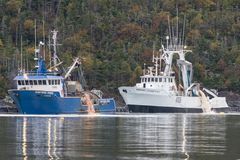 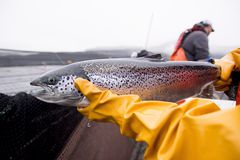