British Columbia lost more jobs in the past two months than many analysts expected because its economy is more heavily weighted toward tourism and personal-care services than elsewhere in Canada.

About 400,000 jobs of the total three million jobs lost in Canada during March and April because of the COVID-19 pandemic were in B.C., which is about the same as the province’s share of the population.

But B.C. had far less of its economy shut down than provinces such as Ontario and Quebec, where there were more restrictive rules about construction, manufacturing and non-essential businesses.

Because of that, many expected less of a downturn.

“We’ve gotten pounded on the job losses. Even we are surprised at the magnitude,” said Jock Finlayson, executive vice-president and chief policy officer of the Business Council of B.C. “Tourism is in the meat grinder and it’s one our top-three export industries.”

And, he said, B.C. has more people proportionally working in personal-care services – such as massage therapy, physiotherapy, spas, yoga studios, nail salons – than elsewhere in Canada, while its manufacturing, financial services and head-office-type sectors are smaller than in Ontario and Quebec.

That job-loss trend also showed up in specialized research the city of Vancouver had done, which Mayor Kennedy Stewart relayed Thursday.

Data compiled by the Vancouver Economic Commission and the mayor’s office showed 90,000 jobs – many in tourism, hotels and restaurants, as well as health and social services – disappeared in April as 13,400 businesses in the city of Vancouver shut down because of the pandemic.

That is all going to make it harder for the province and the city to rebound economically because the tourism and personal-service sectors will be slower to return to normal than many others. Vancouver’s research, which asked people what kinds of businesses they’d feel comfortable going back to under what conditions, showed that fewer than 30 per cent said they were willing to go into a restaurant or bar at the moment. That rose to almost 65 per cent if there were reassurances about enhanced safety and cleaning measures.

But that won’t even be an option for non-Canadians for a while, as borders remain closed.

International tourism accounts for between $6.5-billion and $7-billion in annual revenues for the province, said Mr. Finlayson. It’s eclipsed only by forest products and the energy/mining sector in terms of money generators in B.C.

“For international tourism, there’s not a date set for the resumption. This is not going to be a short-term thing,” Mr. Finlayson noted.

The long-term decline in international travel is something that was reinforced Monday, when the Vancouver Airport Authority announced it would permanently lay off a quarter of its 550 employees because it doesn’t see a return soon to previous travel numbers.

“Our current work force is sized to operate a 26-million-passenger airport and that is simply no longer sustainable,” said the authority’s statement. It said future volumes would more likely be in the eight-million to 15-million range for at least the next three years.

The loss of tourism is expected to have a far-ranging impact because of its dominance in the province. Many remote B.C. communities rely on tourism revenue from ski resorts, fishing camps or adventure experiences with kayaks, rafts or canoes.

Richmond was hard-hit by the downturn early, as its large Chinese population stopped going to malls and restaurants starting in January, while fewer family members and friends came over from China to celebrate the Lunar New Year.

“It set us on a trajectory that was frankly devastating,” said Nancy Small, the CEO of Tourism Richmond. She estimated tourism spending in the suburb was about $2-billion last year based on counts in previous years.

In Vancouver, tourism planners are also stunned at the job-loss numbers and what is facing their industry, especially after the warning from Dr. Bonnie Henry, B.C.’s Provincial Health Officer, that large events likely would not resume until after a vaccine for COVID-19 is developed.

About 70,000 jobs in Vancouver alone are related to the tourism sector, said Ted Lee, the acting president of Tourism Vancouver. They have relied on 11 million overnight visitors a year, with three million of them being Americans – a group that is now not allowed across the border.

The industry, which has formed a Metro Vancouver task force to figure out what to do, is still struggling to figure out the path out of the forest. But there have been some preliminary ideas about first steps.

One is to encourage hyperlocal tourism of the “be a tourist in your own city" kind.

“We are looking at all kinds of possible campaigns,” Mr. Lee said.

COVID-19 restrictions may aid B.C.’s battle against invasive mussels
May 14, 2020 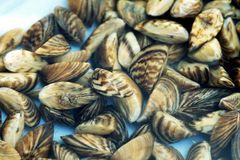 Wet’suwet’en hereditary chiefs to sign deal that entrenches their governance system in B.C.
May 13, 2020 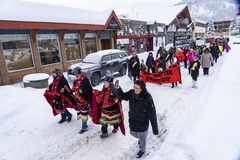