A handful of people supporting Hong Kong protesters gathered outside Richmond City Hall on Friday, and demanded the resignation of teachers and a principal at a high school where tensions had led to recent student confrontations and the involvement of the RCMP.

At the end of November, all 10 high-school principals in Richmond were called to a district meeting to discuss concerns about the conflict after an abusive letter was taped to the locker of one pro-Hong Kong student at Richmond Secondary School. In another incident, a fight broke out between pro-Hong Kong and pro-Beijing students, prompting the school’s administration to report the altercation to police days later.

Some Hong Kong supporters urged school officials to take more action to protect students’ freedom of speech. On Friday, they held up signs with slogans such as “Stand with Hong Kong” and “Communist Party get out of Canada.”

“We expect the school to really get into it, to do the investigation instead of just brushing it off,” protester Eddie Law said.

David Sadler, communications director of the Richmond School District, did not respond to a request for comment on the protest.

On Nov. 25, a Grade 8 student at the Richmond high school received an anonymous letter stuck on his locker after he publicly expressed his support for Hong Kong protests. The letter, written in Chinese, denounced the Hong Kong protesters and applauded China’s Communist Party and its leader, Xi Jinping.

“You are in no position to insult the Communist Party," reads an English translation of the letter, which was signed “a Chinese person.”

“Without the Communist Party, some of your ancestors probably couldn’t make it to Hong Kong alive. … Your so-called democracy is a pile of crap.”

The letter, a photo of which was obtained by The Globe and Mail, said China’s President isn’t a “weak chicken” and his purpose is to unite the country.

“Insulting our dearest motherland is absolutely not allowed because your so-called uprising isn’t righteous but evil,” the letter says, stating that it doesn’t aim to threaten the student but to give him a history lesson.

Mr. Sadler said that the high school had investigated and disciplinary measures had been taken, but he did not elaborate.

In the other dispute, a student was caught-up in a fight after he talked about why Hong Kongers are fighting for democracy and freedom in social studies class. The student shared his experiences in a Facebook group formed by Hong Kongers in Canada, but the post has been deleted.

Mr. Sadler confirmed this incident and that Richmond RCMP was involved.

In a response from Richmond RCMP, Corporal Dennis Hwang said the police were advised by the vice-principal of the school about an altercation that occurred between a group of students three days after the incident occurred.

He said no injuries were reported, and that the police are investigating to determine whether anything criminal occurred.

Multiple students at Richmond Secondary School said in conversations with The Globe that they didn’t feel tensions have intensified after the two incidents. Some said most students are just bystanders who do not want to engage in such conflicts.

However, the mother of a Grade 8 student who attends Richmond secondary said her daughter and her peers are not comfortable talking openly about the protests in Hong Kong.

“They still talk about it, but hide in some corner," said the woman, who did not want to be identified because she worried about repercussions for her family.

‘Why is the road broken?’ Sightless Hong Kongers live city of protest by sound
December 13, 2019 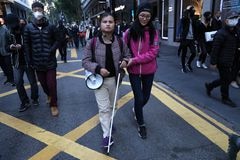 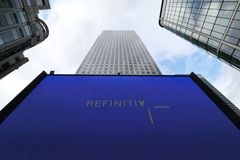 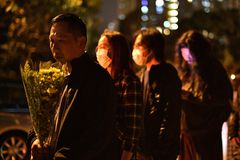