Premier John Horgan says young people are not immune to COVID-19 and he’s appealing to their better judgment to help stop the rise in cases in the province.

Horgan said Thursday that despite an uptick in cases among young people, the province does not plan to pursue punitive measures against crowds who gathered for a drum circle on a Vancouver beach or others who break public health protocols.

Instead, the government plans to continue its strategy of asking British Columbians to act responsibly after a recent surge in cases.

If someone from outside your circle is participating, keep your distance because you don’t know how many people that person has been in contact with.

Provincial health officer Dr. Bonnie Henry has called a recent hike in cases a wake-up call to remain vigilant against the virus.

She announced on Thursday 30 more cases and one death in a long-term care facility for a total of 190 fatalities around the province.

Around 1,000 people across B.C. are self-isolating because of an outbreak in Kelowna that health officials believe began with private parties at hotels around Canada Day.

Horgan said he was disappointed to view footage of gatherings in Kelowna and Vancouver.

“Come on, you’re better than that,” he said.

He said he expects young people will share their stories of infection on social media and he encouraged anyone who sees their peers acting outside of the guidelines to speak up.

Despite the jump in infections, Horgan said he does not believe the province began reopening too quickly. British Columbia’s numbers remain low relative to neighbouring Washington state, which is recording more than 800 new cases daily and Alberta, which is averaging more than 100, he said.

The premier said he is encouraged that federal authorities are imposing “hefty fines” on American boaters found docking in British Columbia.

Horgan said British Columbians should be prepared for further restrictions in the fall, as the weather turns, and people spend more time indoors.

“Absolutely, people should be thinking about what the future holds for them as individuals and as communities. Our plan is to continue to monitor and ask people to behave appropriately, keep in small groups wherever possible.”

Henry said the province will issue an order in the coming days to limit the number of people and guests in rental properties and on houseboats across B.C.

“The onus falls on the owner-operators to ensure the restrictions are followed and we can ensure that with local bylaws and public-health enforcement as well,” she said, adding restrictions will be based on the size of a space.

Henry said part of the rationale is to prevent spread from parties, as has been the case recently in Kelowna.

Making masks mandatory in indoor spaces would only be warranted if there is a sufficient spread of the virus in the community, she said, calling that a “heavy-handed approach.”

“It is the least effective of the many layers we have,” she said of measures such as handwashing and physical distancing, adding many people are choosing to wear masks in stores and on transit.

Under the plan, Ottawa will contribute $540 million in transit funding for British Columbia, which Horgan said the province will match.

“We’re going to match that dollar for dollar to make sure that we can keep the system going without putting more burden on local users or local governments,” Horgan said. 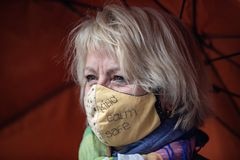 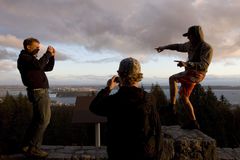