The Year of the Ox is arriving on Friday, but with continuing COVID-19 restrictions and the cancellation of the Chinatown parade in Vancouver, members of B.C.’s Asian community are finding creative ways to engage with the broader public, with advice that celebrations can be simple and diverse.

In Metro Vancouver, where more than one-third of residents have an Asian heritage, Lunar New Year, traditionally celebrated in China, South Korea, Vietnam and other parts of Asia, has long been a great channel for different cultures to come together. For nearly 50 years, people from all cultural backgrounds have gone to Vancouver’s Chinatown to attend the annual festivities.

But with the cancellation of many public activities, Asian community members say the event, which is more of a folk holiday centered on family, still welcomes people from all cultural backgrounds to celebrate. They say there are lots of ways to get involved, other than appreciating dragon and lion dances.

The simplest way is to eat.

“It seems like a good response just to enjoy one another’s family,” said Imogene Lim, a professor in the anthropology department at Vancouver Island University.

Sharing meals with family is a significant part of celebrating the festival, and Prof. Lim said people can still make that happen by staying in and connecting virtually.

“There are certain kinds of foods associated with Lunar New Year. I would say, go to your local Chinese restaurant, or if you have a Chinatown nearby, go there and pick up certain foods that would celebrate the occasion,” she said. “Because who doesn’t like eating?”

Some traditional foods include fish and spring rolls.

Zhipeng Gao, a postdoctoral fellow in the department of sociology and anthropology at Simon Fraser University, said because the festival is celebrated in several countries in Asia, there is a wide variety of other food options that cross borders.

“Even in China, there’s some debate regarding whether people should eat dumplings or not for the [Lunar] New Year,” he said, adding it’s more commonly consumed by people in Northern China on this occasion.

Putting on Lunar New Year decorations is another simple way to get involved in the celebrations, said both Prof. Lim and Mr. Gao. Prof. Lim said for people who are concerned about cultural sensitivity, they can simply look up online to see which ones are proper options. For example, a pair of red lanterns and door couplets are appropriate and popular.

Since activities are largely moved online, some cultural organizations in the province are also using this opportunity to educate the broader community on the knowledge and traditions of this thousands-of-years-old holiday.

Shirley Zhao, assistant development co-ordinator with the association, said they also explain the traditional meaning of firecrackers in the Lunar New Year celebrations – pushing away the evil spirits and bad luck – to the students.

She said they are anticipating that around 3,000 elementary school students, in both Vancouver and neighbouring Richmond, will get a chance to participate in the activity.

The Chinese Canadian Museum Society is also playing host to a virtual conversation on Feb. 17. The event, Cousins Across the Water in Conversation: Lunar New Year, aims to share the festival’s traditions and customs.

Why is red the official colour? What’s the meaning of the traditional food item and the mythical creatures? These will be explained at the talk, said society chair Grace Wong.

One of the reasons to hold such an event is “sharing that information,” she said. “But then, at the same time, it’s actually just bringing everybody together.”

Amplify: How the story of a mother’s quest to celebrate Lunar New Year with her child inspired me
February 5, 2021 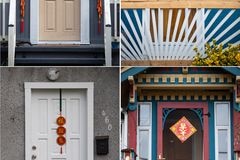 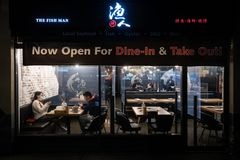