Huawei executive Meng Wanzhou has filed a civil claim that alleges members of the RCMP and Canada Border Services Agency breached her constitutional rights when she was arrested in Vancouver on Dec. 1.

Ms. Meng’s lawsuit says she was held and questioned for three hours without being advised of her rights and CBSA officers unlawfully searched her electronic devices. She is seeking a declaration that her Charter rights were infringed, along with unspecified damages.

The arrest of Ms. Meng, who is now free on bail, led to a diplomatic row with China. She was arrested at the request of U.S. authorities who are seeking her extradition to face fraud charges related to alleged attempts to circumvent U.S. sanctions on Iran. Both Ms. Meng and Huawei have denied the U.S. allegations.

On Friday, the Canadian government gave the green light for extradition hearings to proceed, prompting a statement from the Chinese embassy calling the case a “political persecution.”

The allegations in Ms. Meng’s lawsuit describe events that have so far been largely unknown, including how officers approached and immediately questioned her after she exited from the plane.

The allegations have not been tested in court and the defendants have not yet filed a response.

The claim states that Canadian regulations allow CBSA officers to conduct routine searches of travellers at ports of entry. But when examinations are not routine – and in particular, when people are arrested – travellers are supposed to be informed of their rights, including rights to counsel, under the Charter.

The civil claim alleges Constable Yep and other RCMP officers – and possibly representatives of the United States Department of Justice – arranged with the CBSA and its officers to “detain, search and interrogate” Ms. Meng on her arrival.

According to Ms. Meng’s version of events, the officers did so “without arresting her, under the guise of a routine customs or immigration related examination,” and then used that opportunity to unlawfully compel her to provide evidence and information, the claim alleges.

“The Plaintiff was among the first dozen passengers to exit onto the jetway ... upon identifying the Plaintiff the CBSA officers apprehended her and thereafter immediately stopped screening passengers,” the claim states. “CBSA Officers were stationed on the jetway for the sole purposes of detaining the Plaintiff and unlawfully searching and interrogating her before turning her over to the RCMP.”

CBSA officers did not promptly inform Ms. Meng why she was being held or allow her to retain and instruct counsel “without delay,” the claim alleges.

The claim says CBSA officers unlawfully seized devices – including two cellphones, an iPad and a personal computer – from Ms. Meng and obtained passwords to search them, without advising her of her right to counsel and her right to silence.

The RCMP acknowledged a request for comment from The Globe and Mail, but said it was unable to immediately respond. In an e-mail Sunday, CBSA spokesman Nicholas Dorion said the agency does not comment on legal matters that are before the courts.

Scott Bardsley, a spokesman for Public Safety Minister Ralph Goodale, said Canada is “a country governed by the rule of law.”

“Canada is conducting a fair, unbiased, and transparent legal proceeding with respect to the arrest of Ms. Meng Wanzhou,” he said Sunday in an e-mail. “With respect to her notice of claim, we do not comment on matters before the courts.”

Gudmunseth Mickelson, the firm representing Ms. Meng in the claim, would not say when they were retained.

“The claim and its importance speaks for itself and we have nothing further to add at this time,” lawyer Allan Doolittle said Sunday in an e-mail.

Ms. Meng had a bail hearing in Vancouver and was released under conditions. She is living in a home she owns in Vancouver. Her next scheduled court appearance is Wednesday in Vancouver. 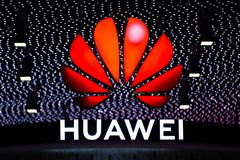