Among the mourners of the pending closing of an iconic, family-run kitchenware shop in Vancouver’s Chinatown is the new owner of the building where the 102-year-old store is located.

Mukesh Goyal, who has restored more than one historical building around the city, said he was surprised and somewhat shocked when told by The Globe and Mail that the shop would close late next month. It is the last of a generation of businesses in Vancouver’s shrinking Chinatown.

But the Ming Wo store on East Pender, owned for more than a century by the Wong family, is closing after it sold the building in December to Mr. Goyal for $3.5-million.

“I worked here for 45 years. We lived here as children. So it was with mixed emotions and a lot of thought" that the decision was made, said Fontaine Wong, her voice cracking as she talked about the loss, her memories of the neighbourhood she grew up in and the streams of customers visiting her store this week who are dismayed about the closure.

Ms. Wong is the now-65-year-old granddaughter of Wong Chew Lip, who started the store in 1917. She said there were multiple reasons for closing: She and her two older sisters, Diane and Theresa, wanted to retire. The extended family wanted to sell the building.

And the social problems in the area where Vancouver’s Chinatown extends from the city’s troubled Downtown Eastside were too hard to take any more.

“The area has changed so much. I don’t see a light at the end of the tunnel," said Ms. Wong, whose extended family runs three other branches elsewhere in the region. However, the Chinatown location was the first.

The closing is also a devastating blow for those who have been trying to revive Chinatown, which has struggled since about the 1980s as the Chinese community spread out to the whole region, with more recent waves of Chinese immigrants choosing to shop at the Asian-dominated malls in Richmond.

“We are now at a critical moment in trying to maintain and preserve the character as well as the history of Vancouver’s Chinatown. The closing of Ming Wo after operating for over 100 years will leave behind an irreparable void,” said Carol Lee, the creator of the Chinatown Foundation, where she has raised tens of millions aimed at trying to preserve and revitalize the area. Her efforts have included the re-opening of Chinatown BBQ nearby, a classic seventies-style Chinese restaurant.

A long-time customer, Thomas Robson, said his career as a chef started when his family dropped in to the store after a Lunar New Year parade in 1978, when he saw all the supplies and thought “I could be a cook.”

And he said Fontaine Wong was outstandingly welcoming to “this pudgy little gweilo kid” – using the Cantonese word for westerner – who went on to become a teacher, private chef, and cooking-show producer.

The four-storey building where Ming Wo operates was built in 1913, with its façade designed by the man believed to be the first Chinese architect in the city, W.H. Chow, as he is referred to in historical accounts. The building is known for its elements of classical architecture, such as recessed balconies and vertical columns on the upper floors. Customers always noticed the tiled entryway and old-fashioned wood floors.

Ming Wo began as a hardware store, surviving the First World War, the Exclusion Act that kept Chinese people from immigrating for decades, the Great Depression and the Second World War.

It branched out into kitchen supplies and thrived when Chinatown boomed in the 1960s and seventies as new waves of immigrants from Hong Kong poured in, many of them opening restaurants nearby. At one point, the Wong family grew bean sprouts in cast-iron bathtubs in the basement and the children delivered them to local restaurants in their wagons.

The Ming Wo building is protected by a heritage designation and city zoning, so it can’t be redeveloped.

Mr. Goyal, who had previously worked on a restoration of the Rio Theatre on Broadway, said he aims to restore the Ming Wo building to its original character, using archival material, and with information about the Wong family history incorporated somehow into its new life.

“We have a plan. The public has nothing to worry about.”

Iranian-Canadian man on day trip to U.S. says he faced discrimination after being detained for more than eight hours
January 7, 2020 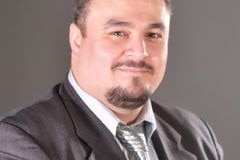 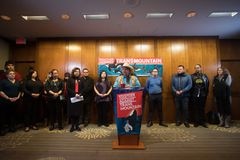