British Columbia’s annual death toll from overdoses is poised to decline for the first time since the province’s public-health emergency began – but non-fatal overdoses show no signs of abating and health officials say the crisis is far from over.

At least 69 people died from illicit-drug overdoses in October, bringing this year’s death toll to date to 823, according to the BC Coroners Service. The monthly figure is a 42-per-cent decrease from the same period last year, and puts the province on pace to lose about 1,000 people by year’s end, compared with 1,542 last year.

But while overdose deaths are trending downward, overdoses in general are not. BC Emergency Health Services (BCEHS) has responded to 22,489 suspected overdose or poisoning calls so far this year – a figure that has remained consistent for years (22,662 in 2018; 22,441 in 2017).

“Fewer people are dying, which is a good thing, but there is a big risk that people will start thinking, okay, we’re getting ahead of this, we’ll take our attention away from it,” said Perry Kendall, interim acting executive co-director of the BC Centre on Substance Use and former provincial health officer. “In fact, there are still a number of things to be really concerned about.”

For instance: Between 25 and 35 per cent of overdoses assessed are deemed severe, which means there is a serious risk of anoxic brain injury, Dr. Kendall said. Anoxic means the brain is deprived of oxygen.

“Anecdotally, we are hearing that people with repeat overdoses, or with really severe comas, don’t make full recoveries,” he said. “So we are potentially building up a cohort of people with anything from mild to moderate to severe brain injury. And they’re mostly young people.”

Countless overdoses have also been reversed within the community by peers, rather than first responders, and may not be accounted for. Since its launch in 2012, a provincewide take-home naloxone program has distributed more than 172,000 of the kits that reverse opioid overdoses, and at least 50,000 of them have been reported used, according to the BC Centre for Disease Control.

The true figure is believed to be much higher, as many people who use the kits do not fill out and return the enclosed overdose information response form.

Dr. Kendall said it is crucial that health-care professionals and policy makers not lose focus.

“We still need to push for changes in how we treat people who use drugs. The issue of decriminalizing individuals, by ensuring we’re not focusing on people who just have enough drugs for personal use, that is what provincial health officer Bonnie Henry’s report recommended in April,” he said.

“And we still need to focus on the issue of providing a safer, regulated supply of drugs for people at risk of overdose.”

BCEHS spokeswoman Shannon Miller said the service is working with health partners to evaluate the impact of its efforts.

“BCEHS has been consistently monitoring the potential overdose and poisoning call numbers during the opioid crisis,” Ms. Miller wrote in an e-mail. “The crisis is far from being over.”

Since Jan. 1, 2016, more than 4,850 people have died from overdoses in B.C. because of a volatile illicit-drug supply contaminated with fentanyl, carfentanil, benzodiazepines and other adulterants. 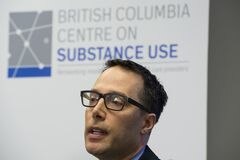 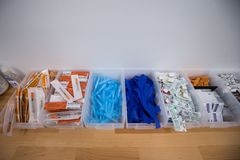 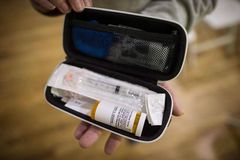