A severe windstorm that left hundreds of thousands of British Columbians without power over the holidays has left some asking whether the province is doing enough to prepare for an increase in extreme weather events due to climate change.

Michael Byers, who holds the Canada Research Chair in Global Politics and International Law at the University of British Columbia and whose work focuses in part on climate change, was among those on Salt Spring Island who were without power for more than a week.

“It certainly made me think about whether we should change our infrastructure to be more resilient,” Mr. Byers said, citing underground power lines as an example.

“Maybe the B.C. approach made sense 20 or 50 years ago, but does it make sense in a future of increasingly severe storms? Or should we bite the bullet and make that large capital investment to protect our power source against these kinds of weather events?”

The Dec. 20 windstorm, which was preceded by several days of heavy rain that saturated the ground and destabilized trees, caused significant damage to trees as well as power poles and other hydro equipment throughout the south coast. At its peak, some 756,000 BC Hydro customers were without power.

The company had 900 field workers labouring around the clock to repair infrastructure, including some brought in from Alberta and the East Coast; it called the weather event the “most damaging” in its history.

BC Hydro spokeswoman Tanya Fish said the company uses underground lines in parts of the system, such as in downtown Vancouver, where overhead lines are not possible owing to space limitations. But she said there are no plans to bury lines on a wider scale. Such an endeavour would be difficult and expensive, she said, with underground lines estimated to cost 10 times more than overhead lines.

“Undergrounding all of our power lines would also not prevent weather-related outages as other equipment such as substations are above ground and still susceptible to damage in major storms,” Ms. Fish wrote in an e-mail.

“As well, outages do still occur with underground lines and they typically last longer as the cause is more difficult to identify and repairs often take longer. There are also environmental and geotechnical factors that need to be considered; for example underground lines cannot be built in low-lying areas or wetlands as they would be very susceptible to damage from flooding. Building through mountainous terrain also makes for more intensive work.”

However, some new subdivisions do have underground lines. This is done when the subdivision is in the process of being built and the ground already dug up, Ms. Fish said. And in some cases, a municipality or developer will cover the additional costs to bury lines for aesthetic reasons.

With falling trees and branches being responsible for more than 60 per cent of outages in 2017, vegetation management is also crucial in mitigating the effects of future extreme-weather events. Ms. Fish said the company spent about $50-million on the program last year and removed more than 53,000 trees that posed risks.

Werner Antweiler, a professor of economics at the University of British Columbia’s Sauder School of Business, said he was impressed with BC Hydro’s response to last month’s storm. He noted that municipalities will also work with the company to manage vegetation along the “last mile” of power lines, from substations to hydro customers.

“There needs to be a mechanism, I think, where there’s more proactive vegetation management and a better review and planning process [within municipalities],” he said.

Dr. Antweiler said buildings that have a critical power-supply need, such as hospitals, should review the resilience of their emergency power infrastructure and plan for longer outages.

BC Hydro says several other initiatives are underway to improve its storm response, including new mobile dispatch tools, new meteorology models to better predict when and where a storm might hit, and enhanced prediction logic using an algorithm and the smart meter network.

In the past five years, the number of individual storm events BC Hydro has responded to has tripled. This has resulted in the number of storm-related outages increasing by about 256 per cent, the company said, from 323,000 customers in 2013 to 1.18 million in 2017.

December windstorm most destructive in BC Hydro’s history
January 3, 2019 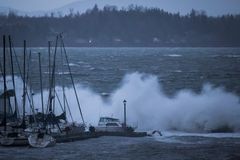 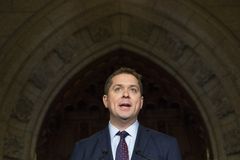 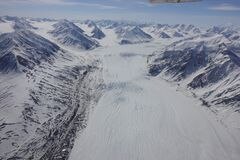