In a proposal that would change the face of Vancouver’s Coal Harbour and connect Stanley Park to the city centre, world-renowned architect Renzo Piano wants to build a new Maritime Museum at the current site of the Westin Bayshore hotel.

“I was born on the water,” Mr. Piano said on Tuesday, standing outside the hotel, during his first visit to the city. “I love water, especially salty water,” added the Genoa-born architect, who now lives in Paris, the site of one of his most famous buildings, the Pompidou Centre (which he co-created).

So when Mr. Piano was asked by developer Concord Pacific about three months ago to dream up a vision for a public space in Vancouver, at the site of the current hotel, he knew he wanted it to be water-related.

“The idea was being on the water, to fertilize the place by the presence of the Maritime Museum,” Mr. Piano said.

The Vancouver Maritime Museum, currently located on the waterfront at Vanier Park in Kitsilano, has been looking to relocate for many years; a plan to relocate to North Vancouver died when provincial and federal funding was withdrawn.

But in January, 2017, the museum made the decision once again to find a new location. Expansion in its current location – on the floodline, with a leaking roof and other problems – was not an option.

“It’s a beautiful site; it has a view of the mountains and a view of the water,” said the president of the board of trustees Peter G. Bernard. “But to run a museum there is almost impossible.”

When the call came in to the Maritime Museum with the suggestion – and the celebrated Pritzker Prize-winning architect Renzo Piano at the helm – Mr. Bernard almost couldn’t believe it. “Come on, it’s fate,” he said. “I was absolutely sold in the first 10 seconds.”

The vision for the new museum is twofold: to continue to explore and interpret Canada’s maritime past, including Indigenous maritime history, but also to become a global centre for ecological research and education, focusing on environmental issues and how the world’s oceans are affected by climate change.

“We now have an opportunity to create something that hasn’t been created anywhere in the world,” Mr. Bernard said.

Mr. Piano, whose firm is designing its first Canadian project in Toronto – the new courthouse – has recently designed the new law courts building in Paris and is also responsible for The Shard in London and, in New York, the new Whitney Museum and The New York Times building. While he is excited about the design of the new Maritime Museum, he becomes most animated when discussing the educational role the new facility could play.

“The new generation must grow up knowing that the earth is fragile,” said Mr. Piano, pulling a folded-up sketch out of his jacket pocket.

This idea is in very early stages – the development process alone could take 10 years – but Mr. Piano has sketched out a design that would see the historic St. Roch at the museum’s centre, with the roof built up to accommodate the schooner’s mast and sails, in a shape you could also describe as glacial – and all the symbolism that holds.

Mr. Piano’s current vision is an 8,500 square-metre facility – about three-and-a-half times the museum’s current size – that would be certified LEED Platinum.

Atop the facility would be public space – a park. And throughout there are to be views of the water and the mountains.

The museum would be on the ground floor of a new development on the site that would likely have three buildings – including residential, hotel and other uses. 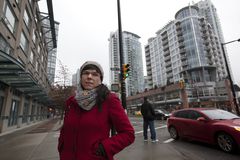 Vancouver’s Rio Theatre supporters get an extension on fundraising effort amid push to save building
April 3, 2018 Footprints found in B.C. confirmed as earliest known of their kind in North America
March 29, 2018 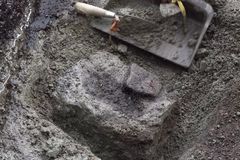