The workday at Selkirk Tangiers Heli-Skiing was just winding down when Eriks Suchovs got a call that an avalanche had swept through a crowded snowmobiling event near Revelstoke. It was March 13, 2010, and he immediately directed all the resources he could muster – helicopters and mountain guides – to begin a mass rescue operation.

The first responders – every one of the dozen helicopters that attended the Boulder Mountain avalanche came from private operators – landed amid chaos. There were hundreds of snowmobilers at the event, and an unknown number of people buried. They began to probe for victims, to provide first aid, and to fly patients out.

The rescuers worked with the ever-present risk of another avalanche. They found two participants were dead, dozens more injured. It took two days before it was clear that there were no more victims buried in the snow.

“It was horrific, mentally, for everyone involved,” Mr. Suchovs said. “You don’t know if you’ve got everybody.”

If the same thing were to happen this year, it would be worse.

This winter season is shaping up to be exceptionally treacherous, in part because the resources that Mr. Suchovs was able to muster that day at Boulder Mountain will not be available. Selkirk Tangiers had nine helicopters running last winter. This year, it will have one, as most of its clientele are not travelling because of the pandemic.

It is more dangerous, still, because the snowpack data that backcountry professionals usually provide to Avalanche Canada will be limited, for the same reasons. There will be fewer operators out to report their observations.

And, there is a third factor: The mountains are going to be busy.

Avalanches are part of the risk of experiencing winter in the mountains shared by B.C., Alberta and the Yukon. Avalanche Canada, which provides resources for a vast section of this terrain, has recorded, on average, 10.5 fatalities every year.

The first backcountry fatality of the winter occurred on Nov. 28, when a man was buried in an avalanche near Mackenzie, B.C.

Because the pandemic has curbed travel and discouraged indoor activities, Alberta’s tourism campaign urged residents to get outside and “Keep exploring.” On the other side of the Rockies, a similar campaign urged British Columbians to “Explore BC.”

Residents have taken to the backcountry in great numbers. Many of them without the experience, equipment and training to stay out of trouble. The result was a record number of search-and-rescue operations over the summer.

In a typical year, in B.C., volunteers with search-and-rescue teams will respond to 1,700 emergency calls. They have already logged more than 1,500 calls since the spring – and the winter season, which runs to the end of March, has barely started.

Retailers are reporting that snowmobiles, skis and snowshoes are flying off the shelves, and search-and-rescue organizations are preparing for a challenging season.

“This is our busiest year in history,” said Jeremy Mackenzie, who leads the public safety unit for Alberta Parks’ Kananaskis Region. His safety team is a professional rescue service that has been collecting data for 40 years. “We are getting a lot of first-timers across all activity types, and folks getting into new activities.”

It was so busy this summer, they had to put training sessions on hold. To prepare for this winter, they are trying to reach backcountry visitors with wider social-media campaigns, to encourage them to be prepared with proper training, equipment and awareness.

“We’re going to be a little bit more aggressive on some of our communications, and we have more signage than normal that we’re trying to put out into common problem areas,” Mr. Mackenzie said.

“We don’t want to be the fun police, we don’t want to stop people from going outside,” said Gilles Valade, executive director of Avalanche Canada. But his organization does want people to be prepared. He notes there are 200 private operators that provide basic avalanche safety training – a minimum two-day course – and that’s just a start. Adventurers need to be equipped with the right safety equipment, and to make sure they have good company – others with similar training and gear.

“In an avalanche, your safety blanket is other people, not you,” Mr. Valade said. “You look at the forecast, and you practise. And if you don’t have the knowledge, hire a guide – there are going to be lots of guides looking for work this year.”

Knowing the conditions is also critical. Avalanche Canada normally relies heavily on professionals who are out in the field to help fill in snowpack information that goes into the forecasts. This year, it will try to crowdsource the data more broadly. It’s a challenging time for innovation, as the organization is starved for funding. While Alberta and Yukon contribute their share, the B.C. government does not, Mr. Valade said bluntly.

Seventy-five per cent of avalanche fatalities over the past 200 years have been in British Columbia, and 85 per cent of the the agency’s budget is spent in B.C. But a commitment to increase the budget in 2019 from B.C.’s Minister for Public Safety, Mike Farnworth, didn’t materialize.

That means the system in B.C. still largely depends on professional volunteers. Ian Tomm, president of Eagle Pass Heliski, said the backbone of high-quality avalanche forecasts in the Rockies comes from private organizations like his. But his operation will be contributing less this winter, because it won’t be out as much. The current COVID-19 travel restrictions will mean fewer guests, so there are fewer snowpack scouting opportunities.

Eagle Pass Heliski is another Revelstoke-area operator that responded to the Boulder Mountain disaster 10 years ago, shutting down its tours to help find and evacuate the injured, and to assist with the aftermath. The capacity for quick response this year, Mr. Tomm said, will be diminished.

“There’s a lot of pent-up demand, with the COVID controls people want to get out in the backcountry,” he said. “There’s this boom in public recreation coming at a time when that professional safety net – of both data and rescue services – is just a shell of what it used to be.”

Renata Lewis is an emergency physician in Whistler, a search-and-rescue volunteer, an experienced guide and medical adviser for backcountry operations. A first responder to many avalanche incidents, Dr. Lewis predicts the lack of good avalanche data may stall rescues this winter.

Before a search-and-rescue team is deployed on a mission, she noted, an avalanche safety officer has to make an assessment to decide whether it safe to send that team out. “It has its inherent risks, simply being there.”

But the quality of the forecasts is best when the professionals are out there and providing the information back to Avalanche Canada. “We may see an increased risk for our members, and which may reflect on simple activations not happening at times because we can’t make a safe call to respond,” Dr. Lewis said.

That puts the onus on individuals to be self sufficient in the backcountry, now more than ever, and that’s not an easy skill to acquire.

“The most important thing is what we call companion rescue. You literally have minutes to try to uncover your companion once they are fully buried. It doesn’t take a lot of depth to have somebody suffocate from a snow load above them,” she said.

“If you take a recreationalist that maybe is a weekend warrior, they haven’t really practised using their avalanche transceiver all that much, and they head out into avalanche terrain, if something happens, they just don’t necessarily have that well-honed rescue speed.”

But there are resources to help. And yes, there’s an app for that.

AdventureSmart is a national program for outdoor survival. Sandra Riches runs the program in the province with the most search-and-rescue incidents every year in Canada: B.C.

“The answer is not to stay inside – but to be prepared,” she said.

The program’s mantra is the three Ts: Trip plan, train and take essentials. It offers an online app to help file trip plans, as well as checklists for packing and safety courses for different activities.

There are plenty of resources available so that people can get the training they need to stay safe, and Ms. Riches, who has been involved in promoting these programs for 16 years, sees a growing appetite for knowledge this year.

Late in November, her group played host to a webinar with Avalanche Canada that attracted 1,000 participants.

“It’s nice to see that that thirst for outdoor education,” Ms. Riches said. 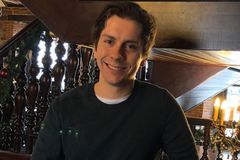 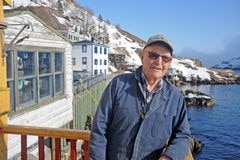 Man missing after avalanche in northeastern B.C., Chetwynd RCMP say
February 4, 2020
Follow Justine Hunter on Twitter @justine_hunter
Report an error Editorial code of conduct
Due to technical reasons, we have temporarily removed commenting from our articles. We hope to have this fixed soon. Thank you for your patience. If you are looking to give feedback on our new site, please send it along to feedback@globeandmail.com. If you want to write a letter to the editor, please forward to letters@globeandmail.com.
Comments