Walter Wells voted Liberal in 2015 and doesn’t think he’ll do that again this year. But he says he will be volunteering to work on Jody Wilson-Raybould’s expected re-election campaign.

Mr. Wells, a 57-year-old residential realtor, actually lives just outside of Vancouver Granville, Ms. Wilson-Raybould’s riding. But he said he has been inspired by the former attorney-general and remains so, even as the SNC-Lavalin affair unfolds. The recent explosive testimony from Ms. Wilson-Raybould before the parliamentary justice committee has dealt a damaging blow to Prime Minister Justin Trudeau, whose office she said repeatedly put pressure on her to shelve the criminal prosecution of SNC.

The re-election campaign that Mr. Wells might involve himself in, however, hinges on whether Prime Minister Justin Trudeau gives his approval for her to run as the Liberal candidate for the riding.

Mr. Wells said he first met her last year at a meeting related to the work of his community service group, the Vancouver Odd Fellows, located in Vancouver Granville. “She was down-to-earth. She was genuine, nice, warm, truly interested in what we were doing in the community," said Mr. Wells.

But Mr. Wells says he has only become more impressed with her in recent weeks.

“I just think Ms. Wilson-Raybould is acting in an honourable way," he said in an interview.

Despite being at the centre of the worst crisis of the government’s mandate, Ms. Wilson-Raybould says she remains committed to the party. She has said that she plans to seek re-election in the riding she first won in the 2015 election with 44 per cent of the vote. Her NDP and Conservative rivals came in at about 26 per cent each in the riding, created by redistribution in 2012.

The federal party this week reconfirmed Ms. Wilson-Raybould’s candidacy. And the Liberal electoral district association in the riding backs her. “The Vancouver-Granville Liberal Riding Association stands in full support of our MP Jody Wilson-Raybould, and her important work for our community, region and nation,” Claire Marshall, president of the electoral district association, said in a statement.

But how does the former attorney-general make the case to voters to vote Liberal when her disclosures have so affected the brand of the party she is running for? Although Ms. Wilson-Raybould said in her resignation letter from cabinet that she remains committed to a “progressive vision of change,” she is not saying how she would reconcile running under the Liberal banner after having raised serious questions about how the government operates. Asked about the situation, her officer issued a statement that did not answer the question.

On Friday, Mr. Trudeau told a news conference in Iqaluit that both Ms. Wilson-Raybould and Jane Philpott, who quit as president of Treasury Board over the government’s handling of the SNC-Lavalin file, share the governments’ values and objectives on economic growth, reconciliation, the environment and “a broad range of things.”

Vancouver Granville was created in 2012 as part of a riding redistribution. It’s a 23-square-kilometre riding that is home to about 100,000 people. It includes pieces of some of the city’s wealthiest neighbourhoods such as Kerrisdale and Shaughnessy, as well as mixed neighbourhoods such as Riley Park and Marpole.

Claudia Laroye, executive director of the Marpole Business Association, said that Ms. Wilson-Raybould met with the group when she was a candidate and stayed in touch as an MP.

In an interview, Ms. Laroye said the association does not endorse politicians, but that Ms. Wilson-Raybould has been an active MP, engaged in community concerns and accessible at community events.

“[She] is a very personable individual. She has a great touch with people,” Ms. Laroye said.

Ms. Wilson-Raybould will also have the support of some of the 17 other members of the B.C. federal Liberal caucus, including the caucus chair, even as questions remain about her future in caucus.

"If you’re asking whether or not she is competitive as a Liberal, I think she is,” said Gordie Hogg, chair of the B.C caucus and also the member for South Surrey-White Rock.

Ken Hardie, the Liberal MP for the Lower Mainland riding of Fleetwood-Port Kells, acknowledged the current crisis for the government but said she is a terrific MP.

“It’s going to be extremely hard to come up with a higher-quality candidate than Jody Wilson-Raybould,” he said in an interview.

Other members of the caucus have not been as supportive. Jati Sidhu, the MP for Mission-Matsqui initially told The Abbotsford News that Ms. Wilson-Raybould’s father, Bill Wilson, a hereditary chief, was “pulling the strings” in her actions. He said Ms. Wilson-Raybould was inexperienced and not “a team player.” He later apologized for his comments.

Scott Lamb, president of the Conservative Party of Canada, calls the contradictions of Ms. Wilson-Raybould’s political situation − running as a Liberal after raising questions about government conduct − a “significant issue.”

The NDP did not respond to a request for comment. 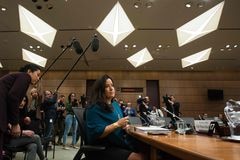