British Columbia’s forest industry should use this time of surging lumber prices and hungry markets to prepare for tough changes ahead, B.C. Premier John Horgan told corporate leaders on Thursday.

The Premier avoided any direct reference to the growing conflict over old-growth logging practices, even as protestors prepare to be arrested at a string of blockades in Mr. Horgan’s riding.

“There’s an understanding at corporate boardrooms and community halls, in union halls right across British Columbia, that the forestry of tomorrow will not be the forestry of the past,” Mr. Horgan told the Council of Forest Industries virtual conference.

“Our policies need to be modernized, and that’s what we intend to do,” he said. He offered no timeline for that transition, but pointed to the need to invest in higher-value manufacturing rather than “chasing every stick to get it out as quickly as we can.”

Forestry is currently one of the bright spots in the B.C. economy, and Mr. Horgan’s government will be banking on the sector to help fuel a pandemic recovery. At the same time, his government has promised sweeping changes to the way it manages its increasingly rare old-growth forests.

Jeff Zweig, president and chief executive of Mosaic Forest Management, said the industry is already strictly regulated and urged the provincial government to consider the economic impact of any significant changes.

“There aren’t many jurisdictions in the world that have as much parkland as B.C., or are as tightly regulated,” he told the conference. “It’s important that we be very considered and measured before we make major changes to the way in which we manage the working forest.”

The province has built a reputation for sustainable forestry based on strong environmental management. The Great Bear Rainforest agreement in 2016 helped end consumer boycotts with its promise to protect a vast stretch of the central coast. But international buyers are now expressing concern that old-growth logging continues while the final details of that agreement remain unresolved.

While Mr. Hogan addressed forest industry executives, protestors who have blockaded logging roads in a valley in the Premier’s Vancouver Island riding since last August were preparing for mass arrests.

The blockades are organized by a group calling itself the Rainforest Flying Squad. Saul Arbess, a spokesperson for the group, said Thursday there are more than 100 protestors assembled at five different sites in the area who are preventing logging operations.

“The protests will continue and people are willing to be arrested,” he said. “We are bitterly disappointed that the Premier made no commitment today to speed up this transition.”

British Columbia is home to 57 million hectares of forests, but ancient temperate rain forests are rare. A recent study found that those highly productive intact ecosystems make up less than 1 per cent of B.C.’s remaining forests.

In his judgment, Justice Verhoeven concluded the protestors’ actions, which have effectively blocked Teal Jones’ logging operations since last summer, were clearly unlawful. He said their dispute is one that needs to be resolved by the provincial government, rather than the courts.

“There is no doubt that climate change is real, and poses a grave threat to humanity’s future,” he wrote. But, he noted, the effect of old-growth forest logging on climate change and biodiversity cannot be resolved at a hearing on an injunction application.

“The problem is, all of the concerns raised by the respondents are for the government to address, and not this Court. Forestry decisions are highly policy-driven and require the government to co-ordinate, balance and reconcile often competing values and interests.

“The protesters’ real complaint is with the government’s policy choices.”

Mr. Arbess said the numbers of protestors joining the blockades at Fairy Creek and in the Caycuse watershed, southwest of Cowichan Lake, are growing, and called on the government to diffuse the situation by deferring any old-growth logging in the region.

“We’re not opposed to logging, but it is well past time to transition to second-growth for timber.” 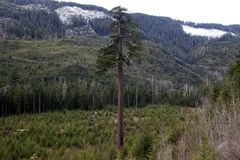 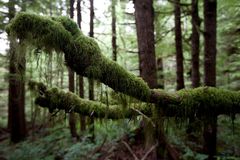 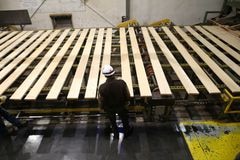