Family and friends of a 13 year old who was fatally stabbed by a stranger in 2016 gathered in a B.C. Supreme Court room to hear a judge reject an argument from her killer that he be found not criminally responsible for the attack.

Associate Chief Justice Heather Holmes ruled against Gabriel Klein’s argument that he suffered a mental disorder that made him unable to appreciate the nature of his actions or that they were wrong.

Mr. Klein’s testimony was “wholly unreliable,” she said Thursday, and psychosis is not the only explanation for the attack.

He was convicted last year for the second-degree murder of 13-year-old Letisha Reimer and the aggravated assault of her friend in the rotunda of Abbotsford Senior Secondary in 2016.

“Most of the inconsistencies do not seem attributable to the normal frailties of memory or the distinctive features of Mr. Klein’s mental health history or status,” Justice Holmes said as she read part of her judgment out loud.

“Rather, they show a selective abandoning or denying of details that do not support” a ruling in Mr. Klein’s favour, she said.

Mr. Klein will remain in custody at the Forensic Psychiatric Hospital until the sentencing hearing June 22 and 23 to determine parole eligibility.

Mr. Klein was convicted in March, 2020, and applied for the hearing over criminal responsibility a week before sentencing was set to begin in September.

He was diagnosed with schizophrenia and other mental disorders while in custody, not long after his arrest.

During the hearing to determine if he was not criminally responsible for the crimes, Mr. Klein said he saw monsters, not girls, in the rotunda and that voices in his head ordered him to kill them. He had no prior connection to Ms. Reimer or her friend.

There is ample evidence that Mr. Klein was angry in the days leading up to the attack and he often blamed others for what he perceived as a failure to help him the way he wanted them to, Justice Holmes said.

Mr. Klein threatened to kill himself, including suicide by police, and stole a knife with that in mind before heading to the library connected to the school, Justice Holmes said.

He may have exaggerated his suicidal thoughts and depression, but he was certainly upset and may have been mentally unstable, the judge said.

A personality disorder may have contributed to his actions, involving factors such as impulsivity, aggression, difficulty controlling his anger and disregard of his own safety and the safety of others, she said.

Alcohol may have added a “disinhibiting effect.”

“Nothing can provide a reason for Mr. Klein’s action in the sense of a rational basis, however the factors I’ve just outlined indicate that psychosis is not the only plausible explanation for this unprovoked attack on two girls he did not know in a school with which he had no association.”

Supporters of the victims placed small rocks painted red on the steps leading to the courthouse. They were decorated in black writing with words like “Abbystrong” and with hearts drawn around Ms. Reimer’s initials.

Dave Teixeira, who identified himself as a spokesperson for the family, said the family is pleased with the ruling but it’s still not a happy day.

“I don’t think they’ll ever have closure. Every day is a reminder that Letisha’s not there,” he said.

The hope now is that Mr. Klein won’t be released soon, he said.

A second-degree murder conviction comes with an automatic life sentence with no possibility for parole for at least 10 years.

“Frankly he expected this result, it’s not a surprise,” Mr. Peters said.

There were several inconsistencies with what Mr. Klein told psychiatrists and what he told the court over the course of his testimony, Mr. Peters said, which left the court in a “quandary” when it came to fact finding.

Mr. Peters said he felt it was important for the court to explore the role Mr. Klein’s mental disorders may have played in the attack, before sentencing occurred.

He said he has not yet determined if the decision will be appealed. 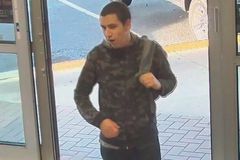