As the Kelowna RCMP face serious questions about the rate of sexual assaults dismissed as “unfounded,” a new report has concluded the Mounties in the Okanagan city lack resources in such key areas as general investigations.

The report, commissioned by a senior city official and set to be submitted to council on Monday, paints a picture of Kelowna police swamped by up to two million visitors who descend on the city of about 132,000 in B.C.'s Southern Interior each summer, testing the abilities of law enforcement.

“This contributes to the already heavy workload of the officers and civilian support staff,” says the report, whose authors include criminologist Curt Griffiths of Simon Fraser University in Vancouver.

The report does not specifically reference sexual-assault cases, but says the under-resourcing in Kelowna “has a significant impact on the ability of the detachment to investigate crime.”

City council on Monday is set to receive a 32-page executive summary of a longer 300-page report that will eventually be made available. Deputy city manager Joe Creron commissioned the report in the spring, and Mr. Griffiths is the lead among four listed authors.

The report recommends the city hire 56 Mounties and an additional 28 civilian staff over the next five years. Mr. Creron said there are now about 200 officers and 75 civilians in the RCMP detachment.

The release of the report comes amid recent RCMP disclosures that almost 40 per cent of sexual-assault complaints made to the local detachment are dismissed as unfounded, a rate three-times higher than the national average.

The Kelowna detachment has said B.C. RCMP have been unable to explain the high unfounded numbers and requested the RCMP’s national sexual-assault review team examine the 2018 and 2019 unfounded files.

The team was formed to review RCMP sexual-assault files after the 2017 publication of The Globe and Mail’s award-winning Unfounded investigative series, which found sexual-assault complaints twice as likely to be dismissed as unfounded as complaints in other assault cases.

Statistics Canada has reported the rate of sexual assaults deemed unfounded by the RCMP in Kelowna was 37 per cent in 2018. The agency said in July that, nationally, 11 per cent of sexual-assault cases reported to police had this classification in 2018, down from 14 per cent in 2017.

The Kelowna Mounties said that in 2018, they received 82 reports of sexual assault, and deemed 30 cases unfounded after investigations were completed.

Mr. Creron said the report was commissioned and prepared far ahead of the latest disclosures on unfounded rates in sexual assaults. “At this point, it’s very coincidental,” he said.

However, he added that Mr. Griffiths, the report co-author, has told him that the detachment doesn’t have enough general staff in the investigations unit.

“What ends up happening is that general duty carries too many files," Mr. Creron said. "Some of these files are very sophisticated, very difficult, very complex and they shouldn’t be handling those types of files.”

Mr. Griffiths did not respond to an e-mail seeking comment.

Still, Mr. Creron said he is awaiting the RCMP’s report on the unfounded situation for further information.

Michelle Novakowski, executive director of the Central Okanagan Elizabeth Fry Society, which advocates for women in the criminal justice system, said the report validates some of her organization’s concerns about sexual-assault cases, particularly about the way investigations are handled by the detachment.

RCMP Corporal Meghan Foster said the Mounties would not have any comment before the release of the full 300-page consultant’s report. Mr. Creron said he has not yet had an opportunity to read that report.

The superintendent for the RCMP detachment is expected at Monday’s council meeting as well as Mr. Griffiths. 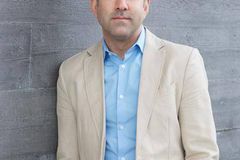 Kelowna RCMP vow to investigate why 37 per cent of sex-assault complaints are deemed unfounded
November 11, 2019 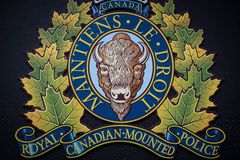