Kelowna RCMP have promised “immediate steps” to figure out why almost 40 per cent of sex-assault complaints made to the Okanagan city detachment are dismissed as unfounded, a rate three times higher than the national average.

Statistics Canada has reported the rate of sexual assaults deemed “unfounded” by the RCMP in Kelowna was 37 per cent in 2018. The agency said in July that, nationally, 11 per cent of sexual-assault cases reported to police were classified as unfounded in 2018, down from 14 per cent in 2017.

The coding term “unfounded” means that the investigating officer did not believe that a crime had occurred.

The Kelowna detachment said Friday that the B.C. RCMP has not been able to explain the high numbers and requested the RCMP’s national sexual-assault review team to examine the 2018 and 2019 unfounded sexual-assault files.

The team was formed to review RCMP sexual-assault files after the 2017 publication of The Globe and Mail’s award-winning “Unfounded” investigative series.

The Kelowna Mounties noted that in 2018, they received 82 reports of sexual assault, and deemed 30 cases unfounded after investigations were completed. The southern Interior city has a population of about 132,000.

“It’s not that I don’t have faith in our RCMP, but I want to know what is the problem," City Councillor Mohini Singh said Monday. “This is too high. I want to know why we are in this situation.”

She called the situation “very disturbing on all counts,” and said she is looking forward to the police coming before council to explain themselves. The councillor noted that she has a teenage daughter. “I want to make sure we have a city that is safe for our girls.”

Corporal Meghan Foster said in Friday’s statement that the sexual-assault review team will look at files and refer them for additional review if all investigative steps were not followed.

“We understand that there are many questions about the roots of these statistics and we’re taking immediate steps to get answers,” she wrote. “We are aware that people may find the number of unfounded sexual assault cases unsettling."

Michelle Novakowski, the executive director of the Central Okanagan Elizabeth Fry Society – which advocates for women in the criminal justice system – said Monday that she met last week with officials at the detachment, but they did not provide an explanation to account for the numbers.

“They couldn’t come up with a reason,” Ms. Novakowski said. “For me, it’s obviously [police] culture or something in the training locally, but they had no explanation.”

Ms. Novakowski said she welcomed the sexual-assault review team’s work, but would like to see some outside experts beyond the RCMP – perhaps parties from universities or agencies involved with victims – take a look at the situation.

She said it was horrifying to hear that Kelowna stands out among other B.C. communities. “It was really disappointing.”

One issue she said has arisen is that Kelowna has no sex-crimes unit for adults – there is one for children. “That’s something we have talked about,” she said. 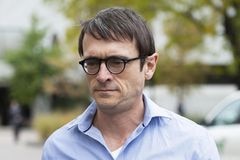 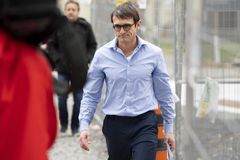