After weeks of demonstrating outside Abbotsford City Hall, the teens have learned not to take it personally when they trigger an outburst of hostility.

So, when a middle-aged driver spots their banners calling for action on the global climate emergency and shoots his middle finger out his window, shouting “I like my car,” Angie Calhoun, 14, doesn’t miss a beat and continues chanting for change.

Up to a dozen other teens have been joining her in this conservative Vancouver suburb for more than five months as part of Fridays for Future, a worldwide movement pushing all levels of government to limit global warming to 1.5 degrees to avoid catastrophic environmental change. About 60 strikes were scheduled this Friday across Canada, according to the website where the decentralized activists can advertise their actions, and the Abbotsford group is one of the smallest but also one of the most dedicated.

Angie says she and her four younger siblings convinced their parents to let them and two of her friends participate this spring after watching a viral YouTube speech by Swedish activist Greta Thunberg, who jump-started a worldwide movement of teens cutting class to mount protests outside government offices. Ms. Thunberg, 16, arrived in New York Wednesday after a two-week crossing of the Atlantic on a zero-emissions sailboat so that she can speak there at the Sept. 23 UN Climate Action Summit.

Angie and her fellow protesters, who have only missed one Friday since the demonstrations began, say they hope the activism that Ms. Thunberg inspired will pick up momentum this fall as students return to class. “It’d be nice to ask if I could say something at an assembly so all the students know what we’re doing,” she says of her upcoming first year at the local high school.

The students say they get at least one middle-finger salute during each two-hour shift they put in. A few times, drivers with modified vehicles have even reacted to the young protesters by “rolling coal," spewing out clouds of black smoke in an act of defiance and intimidation. “I just laugh it off,” she says. “I don’t really care.”

Without the right to vote, teens can still put public pressure on governments to act, says Lauren Palmer, a classmate of Angie’s who has been demonstrating most Fridays. “We want to show government and businesses that kids do care about this and that this is something that’s important and really matters,” Lauren says.

Citing the dire warning of the United Nations’ climate science agency last fall, she and her fellow protesters say the deadline for taking action and keeping the damage of global warming to a minimum is clear: 11 years.

The only other climate strikers in the country who may be more dedicated than Angie and her squad may be a group in Calgary, who haven’t missed a Fridays for Future action since March.

Rose Jackson, 18, said at least a handful of people have shown up outside Calgary City Hall every week, even donning respirators when wildfire smoke made breathing outside harmful at the end of May. Her group has kept their aim away from specific legislation and more toward educating bitumen boosters about the need to transition to a more sustainable economy. “We believe we need to unite to make some real change,” she said.

Doug McAdam, a professor of sociology at Stanford University who has studied social movements for four decades, says the young people leading this movement have a lot of moral authority and their message appears to be exploding in popularity. While visiting Switzerland earlier this year, he was impressed by the 30,000 or so kids attending weekly climate strikes in both Lausanne and Geneva.

It is rare for high schoolers to mount sustained campaigns, he says, adding that student protests usually erupt on college campuses, where young people heavily influenced by their peers have “pretty flexible schedules” and are packed into dense communities.

But despite the impressive turnouts, many governments have reacted to this public pressure with symbolic gestures, Prof. McAdam says, not substantive changes to energy policies. The true test of the moment is whether it can lead to policy change.

“Can you mobilize enough voters going forward that elected officials at all levels start to really feel like their re-election or election chances are tied to this issue?”

The plight of the climate strikers, he says, mirrors the arc of the recent gun-control campaign waged by U.S. students who survived school shootings, which Ms. Thunberg has credited with sparking her own activism. That movement died in many places because the students were not able to change guns laws. More mass shootings this month in public spaces – not schools – have revived talk of bans and expanded background checks.

“They were up against an issue where there’s just gridlock nationally,” Prof. McAdam said of the students fighting for more gun control.

In Abbotsford, though, the demonstrators are not fighting a foe as formidable as the U.S. gun lobby.

The city has committed to gradually switching its 600-odd trucks, police cruisers and fire trucks from gasoline-powered vehicles to ones that use greener fuel sources. And when Mayor Henry Braun met with the teen protesters in May, he told them Abbotsford has a five-year plan to change all the light bulbs on city properties to more efficient LED bulbs.

“I told them I was encouraged they’re taking an interest because, I said, ‘When I was your age, I wasn’t thinking about stuff like that,’" said Mr. Braun, who added that his goals were much more mundane, such as banking enough of his wages from the local chicken and berry farms to purchase his own car.

Still, one of the demonstrators’ core priorities – getting the city to declare a climate emergency – was scuppered when city councillors voted against a measure adopted this year by Vancouver and a handful of its nearest suburbs aimed at expediting ways for a municipality to curtail local emissions.

Mr. Braun says he trusts the science of global warming and has seen Abbotsford’s climate change significantly over his six decades in the area. But he says the climate-emergency motion proposed by activists at the council meeting would cost too much and that any new environmental policies that might raise property taxes need to be discussed with the community.

"It all comes down to money – and we only have so much,” he said, adding that the city needs to spend roughly $200-million to bring much-needed improvements, such as sidewalks to more than 100 kilometres of roadways within the city.

If anyone has the right to an apocalyptic attitude when it comes to Abbotsford meaningfully confronting climate change, it must be Aird Flavelle, the treasurer of the provincial Green Party, who has failed in four attempts to be elected to city council and two campaigns to become an MLA.

Mr. Flavelle, who stands nearby with a small group of parents and other adults, but “keeps out of the hair” of the teen protesters, says the local climate strike doesn’t attract as much support as the strikes in Europe. However, he says, local attitudes are changing.

“The only problem is we’re leaving them a heck of a mess. If we acted really powerfully and strongly now, then we could lighten their load an awful lot for the next five and six decades.”

The teens say there is much more their city could do to fight climate change, including creating more bike lanes and better transit options for people struggling to ditch their cars in a large municipality with a long history of farming.

The challenge of getting people to move past general support for climate action to a willingness to act on the commitment became evident on a Friday earlier this summer, just across the street from the demonstration at City Hall.

David Kleyn walks 10 minutes to and from work each day to save gas, but the libertarian says he is definitely not “environmentally conscious” and disputes the science underpinning the pleas of the teens.

Passersby Erika and Pierre van der Horst say it is up to everyone to do their part to help the environment. But they worry that it is too late to do much.

“The world is on a destruction path,” said Ms. van der Horst, who identified herself as a Christian.

Explainer
Amazon fires: What’s happening, the climate context and how you can help
August 27, 2019 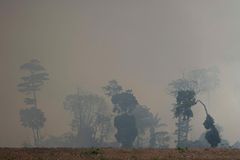 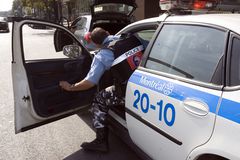 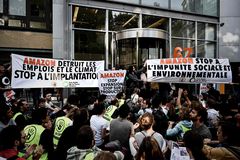