The first city in B.C. to use new provincial legislation aimed at encouraging developers to build rental apartments is unfairly trampling the rights of long-time landlords, says a group of owners who are suing New Westminster.

The owners of six buildings in the city have been renting out suites for the past 24 to 59 years. Long ago, they obtained the right to turn the buildings into condos if they chose, but have never done so. Now, under new B.C. legislation that is unique in Canada, the City of New Westminster has enacted a bylaw to include those buildings in a rental-only zone.

It is the first city to use the enabling legislation to enact such a bylaw. The owners say the bylaw takes away their original right to sell the units at any time.

The suit could have consequences for many other municipalities that have older apartment buildings, housing experts say, because many of those homes were built when corporate investors were allowed the option to stratify the units (sell them as condos), even though the immediate plan was just to rent them out.

The plaintiffs also say in the lawsuit that New Westminster conducted an unfair public-hearing process that sprang the decision on the owners with little notice, as well as spreading damaging information about them.

Lawyer Howard Shapray, who filed the suit on their behalf, said B.C.’s current law allows stratified apartments to continue to be legal, even if a zone is changed to rental only. He said NDP Housing Minister Selina Robinson had promised that the new rental-only zoning legislation would allow housing to be grandfathered “in any area where a local government chooses to adopt a residential renter tenure bylaw.”

None of the six owners has any current sale plans.

“They were built as stratas, but they happened to have been rented,” Mr. Shapray said.

Renters’ $400 rebate nowhere to be found in B.C. NDP budget

However, New Westminister’s director of development services, Emilie Adin, said in a report to council that the city’s concerns were raised when another owner advertised a building that had operated as a rental since 1977 as being up for redevelopment into condos. That led the city to take pre-emptive action to prevent such conversions.

In a news release about the new bylaw at the time, Mayor Jonathan Coté said: “This bylaw is the first step in our initiative to ensure our city has housing options for everyone. Renovictions have displaced many people from their homes and we’re taking action to preserve our rental housing stock for those who need it now and in the future.”

LandLordBC spokesman David Hutniak said he was not surprised the owners are suing, because they will likely suffer a considerable financial loss from the new, more restrictive zoning.

He noted that the six buildings were all constructed during a period when the federal government provided incentives for investors in rental buildings. They were allowed to be built as stratas, with the idea of selling them later, as an additional incentive.

“That was the real driver. Tax breaks helped, but stratifying took the risk out,” Mr. Hutniak said. “Each of these owners has taken a haircut in terms of the value of the building.”

He said Metro Vancouver likely has dozens of similar buildings that were constructed during the same period as those in New Westminster.

Speakers at the New Westminster public hearing in January who also expressed concern included David Sander, owner of rental giant Hollyburn Properties, and Rob MacKay-Dunn, of the Urban Development Institute. They warned the new bylaw would send a bad message to anyone thinking of partnering with the city on a rental building.

A spokesperson for the city said no one could comment on the situation because it is now a legal issue.

The province brought in the new law allowing for rental-only zoning last May. It gives cities the choice on how to implement it.

Many cities been hesitating so far, saying that it could be a useful tool when contemplating densification of an area that is currently single-family residential only. But they’ve also acknowledged that it likely wouldn’t work to simply impose it on wide areas with existing rentals.

Burnaby has said it plans to implement some rental-only zoning, but is still consulting. 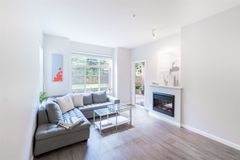 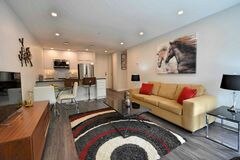 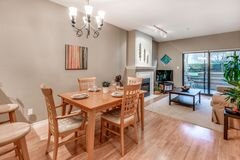