Liberal MLA Linda Reid, a former Speaker of the House in the B.C. Legislature, was stripped of her post as assistant deputy Speaker on Tuesday amid questions about her role in the spending scandal that promises to dominate the spring session.

Both the governing New Democrats and the Green caucus were seeking Ms. Reid’s removal in the wake of allegations about inappropriate spending, a scandal that has already led to the suspension of Craig James, Clerk of the House and Sergeant-at-Arms Gary Lenz.

Before a motion could be brought against her on the first day of the spring session, Ms. Reid’s caucus colleagues pre-empted her critics and appointed a replacement.

Liberal Leader Andrew Wilkinson said MLA Joan Isaacs will “bring a fresh perspective to this challenging role.” In a statement, Mr. Wilkinson did not directly mention the allegations, but said Ms. Reid had agreed to give up her post to create opportunities for newer MLAs.

In a report tabled in January by Speaker Darryl Plecas, Ms. Reid is alleged to have turned a blind eye to questionable benefits awarded to the legislature’s clerk and head of security while she was serving as Speaker between 2013 and 2017.

Opinion: Culture of entitlement in government isn’t just a B.C. thing, and it’s far from harmless

According to the Plecas report, Ms. Reid heard concerns that four senior officers of the legislature were not entitled to receive “long service” awards worth a total of $660,000, but she did not act. More than $250,000 went to Mr. James, who is currently suspended from his duties while police investigate allegations of misuse of public funds. An internal review found the benefit was not a condition of Mr. James’s employment, but that report disappeared from the legislature’s files and only turned up because a whistle-blower produced a copy for Mr. Plecas.

Ms. Reid has promised to co-operate with both a police investigation and a forensic audit, but would not stop to speak with reporters on Tuesday. As she walked into the Liberal caucus offices, she would only say she has not yet decided if she will seek re-election as an MLA. “It’s premature.”

Green Party Leader Andrew Weaver, who had called for Ms. Reid’s resignation as assistant deputy Speaker, welcomed the change. “Over the past few months, allegations of systemic financial wrongdoing have emerged at the B.C. Legislature,” he said. “Her decision to step down is an important step, but only one of many that must be taken by all parties to address the alleged abuses of power that have gone on for far too long.”

The manoeuvring unfolded as legislators returned to the B.C. capital to hear Lieutenant-Governor Janet Austin read the Speech from the Throne, a mid-term, stay-the-course plan for the year ahead.

The minority NDP government carried on with themes that helped them win the recent Nanaimo by-election, promising more investments in low-cost daycare and affordable housing, both programs that were introduced in last year’s budget.

Ferry fares will be frozen, a poverty action plan will be introduced and rental housing construction will be fast-tracked.

Mr. Horgan added that a key piece of legislation this spring will be the introduction of a bill that will entrench the principles of the United Nations Declaration on the Rights of Indigenous Peoples (UNDRIP) into B.C. law.

But the Throne Speech also acknowledged the controversy that prompted MLAs to vote last November to remove the two top officers of the legislature. (Both Mr. James and Mr. Lenz have denied wrongdoing and have asked to be reinstated.)

“The strength of this legislature does not come from stone, slate, marble or granite. It comes from a foundation of public trust. That trust was recently shaken,” Ms. Austin read. “Your government will work with the this assembly to implement reforms that restore trust in their core institution, so that our democracy is stronger going forward.” 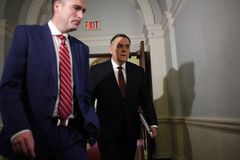 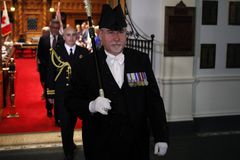 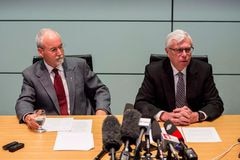