Four years after the B.C. government, environmentalists, forest companies and Indigenous communities signed a landmark agreement to protect the largest coastal temperate rainforest on the planet, logging of ancient trees is taking place without the promised oversight.

The protection agreement, which earned international accolades for British Columbia and covers 6.4 million hectares of the coast, from the north of Vancouver Island to the Alaska Panhandle, is in an area dubbed the Great Bear Rainforest.

Branded by the government as B.C.'s “Gift to the World," the parties agreed to protect 85 per cent of the region’s old-growth forests, while logging in the remaining 15 per cent would be subject to the most stringent commercial logging standards in North America.

“The integrity of the Great Bear Rainforest agreement is at risk,” Tzeporah Berman, one of the environmentalists who spent 20 years negotiating the terms of the agreement, said in an interview. 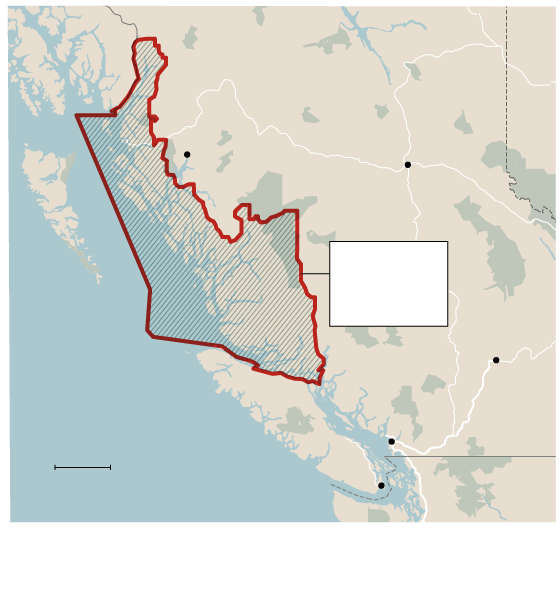 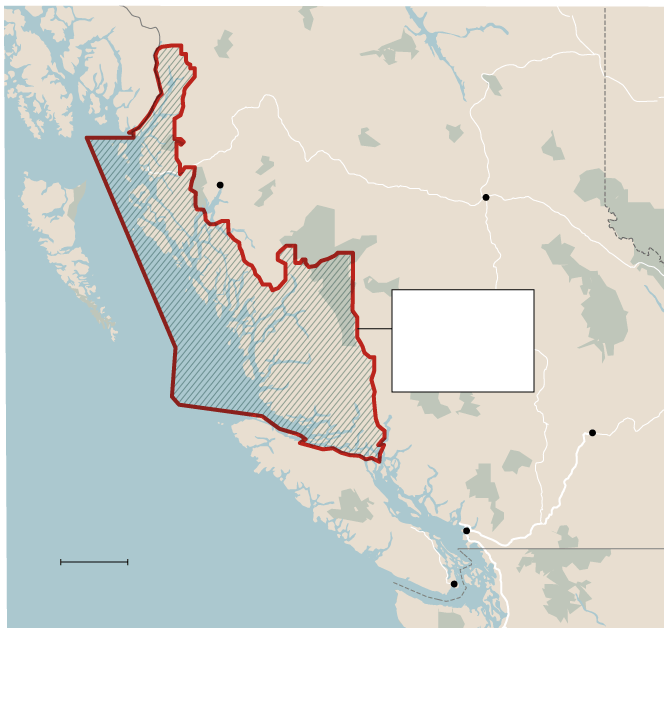 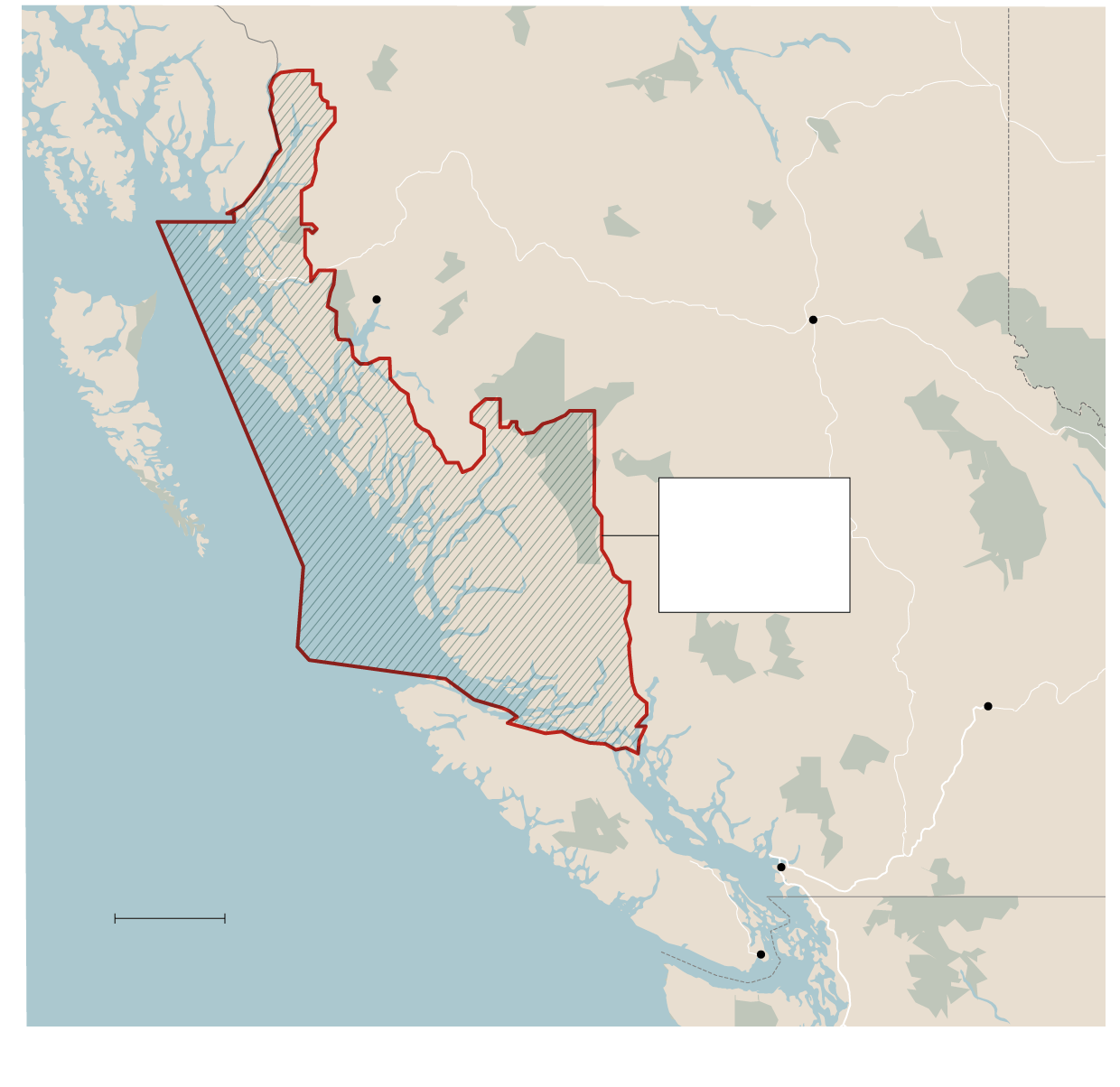 The pact was signed in February of 2016, and later that year, the Great Bear Rainforest was endorsed under The Queen’s Commonwealth Canopy initiative that recognizes new, collaborative initiatives for forest conservation.

But the alliance of environmental organizations that negotiated the pact, under the umbrella of the Rainforest Solutions Project, says the enforcement mechanisms that are key to the agreement are still not in place. Forest products coming out of the Great Bear Rainforest have been given a green stamp of approval, but Ms. Berman said that cannot continue if current logging practices continue.

Major forest companies with timber-harvesting rights within the GBR signed the agreement to avoid a public-relations campaign that would have applied pressure to their international markets. All the forestry operators in the region, whether they were at the table or not, are subject to the same set of rules.

Under the terms of the agreement, forestry companies operating in the region would file their plans under “ecosystem-based management” regulations. Provincial forests-ministry staff would be responsible for ensuring that the terms are met. But that mechanism is still being developed.

There are 122 landscape units in the Great Bear Rainforest that allow some degree of timber harvesting. Each one is supposed to have its own logging plan, called a Landscape Reserve Design (LRD). Not a single one of those plans has been completed.

Forests Minister Doug Donaldson could not be reached for comment.

A spokesman for his ministry said 17 of the LRD plans are being developed, but under the Great Bear Rainforest legislation, they don’t have to be filed until the end of 2021.

Those plans would set targets for what is needed to maintain healthy forests, while also protecting Indigenous heritage, resource and cultural values. As well, they are to ensure protection of species at risk and habitat for regionally important wildlife.

“The LRD implementation process has proven more difficult than originally envisioned by the parties,” David Haslam, a spokesman for the Ministry of Forests, Lands, Natural Resource Operations and Rural Development, said in a written statement.

Each forestry company with tenure in the region must work with the local Indigenous communities where they are operating. There are 26 First Nations with territory in the area designated as the Great Bear Rainforest.

Mr. Haslam said the implementation of the agreement is slated to be reviewed in 2021.

Forestry industry officials could not be reached for comment. An industry source familiar with the agreement, whose name The Globe and Mail is keeping confidential because the individual was not authorized to speak on behalf of the companies, said the industry is also concerned with the slow pace of working out the LRDs. But, the source maintained, the companies are working in good faith to meet the objectives.

However, conservation biologist Jody Holmes, an architect of the agreement, said logging companies are balking at sharing their data to demonstrate whether their harvesting meets the spirit and intent of the agreement.

“Right now, there is no monitoring and oversight available. A key component of the agreement was that there has to be monitoring, so that everybody could see transparently what was happening,” she said.

After almost 25 years, Ms. Berman said she is not prepared to walk away. As part of the deal, environmentalists agreed to stand down on threats to target B.C. forest products overseas. She said the government needs to demonstrate progress if the pact is going to hold.

“We don’t want to abandon the process that we all worked so hard for, and we still have hope in the good that can be accomplished there,” she said. However, she added, “We will be starting to communicate our concerns and give updates to major customers. We’re certainly not at this point saying you should reconsider your purchases. But we cannot stand by and support a bad process.”