A former student who made allegations of sexual misconduct against author Steven Galloway that preceded his firing from the University of British Columbia is calling on UBC to ban relationships between students and faculty, something postsecondary institutions in Canada have resisted.

The woman is also asking UBC to release to her a copy of the report into the case, revealing the redactions that are in the copy she received. UBC, citing its privacy obligations, blacked out parts of the complainant’s copy, which she received in February, 2017.

The redacted release means the woman does not know the specifics of some of the findings by retired judge Mary Ellen Boyd, who was hired by the university to do an independent review following the allegations of sexual assault and harassment against Mr. Galloway.

The demands are made in an open letter to UBC President Santa Ono, written by lawyer Joanna Birenbaum, who has been acting on behalf of the woman, known in UBC’s investigation report as the Main Complainant (MC).

“Classrooms and graduate programs must not be ‘dating’ pools for faculty,” Ms. Birenbaum states in her letter, which was e-mailed to UBC on Wednesday and also posted online (open-letter.blog). A copy was also sent to The Globe and Mail.

“UBC should protect its students, whether undergraduate or graduate, from the risk of sexual harassment and predation by having a bright-line rule [an objective, clearly defined rule that allows little or no room for varying interpretations]. It is unclear who UBC is protecting by its failure to have a clear policy, but it is certainly not the students,” the letter states.

In November, 2015, MC made allegations of sexual assault and harassment against Mr. Galloway, who was then professor and chair of UBC’s creative-writing program, leading to his suspension and an investigation by Ms. Boyd, formerly a judge with the B.C. Supreme Court. In June, 2016, Mr. Galloway was fired without severance and under a cloud of suspicion, as the allegations and findings were not public. UBC cited “a record of misconduct that resulted in an irreparable breach of the trust placed in faculty members.”

Such cases could be prevented, the letter states, with a prohibition on sexual relationships between students and faculty, as Harvard and other Ivy League universities in the United States have implemented. The letter calls on UBC to enact such a policy, and encourages other Canadian universities to follow suit.

“The potential for abuse of power in particular sectors, such as health and education, clearly justify a bright-line rule,” the letter reads. “For over 20 years, doctors and other health professionals have been prohibited from sexual relationships with their patients. The public protection basis for these laws must apply with equal force to professors.”

In 2016, UBC’s then-interim president Martha Piper told The Globe that the university was considering such a ban as part of its sexual-assault policy, then under development. But such a blanket prohibition has not been instituted.

Many Canadian universities, including UBC, have conflict-of-interest policies that require faculty members to disclose such relationships with students. Quebec has passed a law requiring all universities to have policies on intimate relationships between professors and students, but does not require that they be prohibited. At Montreal’s Concordia University, which has also been dealing with a scandal involving allegations at its creative-writing program, guidelines issued this year strongly discourage such relationships, but do not ban them.

The UBC Faculty Association grieved the termination on Mr. Galloway’s behalf. While the fight to get his job back was withdrawn, this spring UBC awarded him $167,000 for breaching his privacy rights and causing harm to his reputation.

The Boyd Report found on a balance of probabilities that Mr. Galloway had not committed sexual assault and stated that he and MC, a student at the time, had had a consensual, extramarital affair.

”I was investigated and I was exonerated,” Mr. Galloway has written in a first-person piece that focused primarily on the allegations of sexual assault.

UBC has not made the full report public but some reporters and others have seen at least parts of it. Brad Cran, who supports Mr. Galloway and wrote a damning and detailed piece about the case for the online publication Quillette, recently tweeted that he had read “the entire unredacted” report – a tweet Ms. Birenbaum sent to Dr. Ono, along with her open letter.

Mr. Galloway wrote in his essay that “MC is well aware of the contents of the report and its findings, particularly those relating to her allegations of sexual assault.”

But Ms. Birenbaum is demanding the “immediate” release of the report to her client so she can know what it says for sure.

UBC is subject to the Freedom of Information and Protection of Privacy Act (FIPPA), which sets out a process for requesting records, Paul Hancock, UBC’s Legal Counsel, Information and Privacy, said in an earlier interview with The Globe.

Mr. Hancock, who spoke in generalities and not about this case specifically, said UBC’s principle is to ensure a complainant gets all the information relevant to their complaint, but that the school is also obligated to consult with relevant third parties.

“We are required to make a decision about what information to release based on the third party’s feedback,” Mr. Hancock wrote to The Globe in response to an inquiry in June.

But Ms. Birenbaum said ensuring complainants have access to an investigation’s findings is crucial to ensure they come forward with complaints and participate in the process.

“No complainant would report sexual harassment or assault if she were denied access to the findings.” 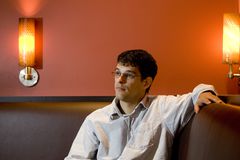