Two Mounties quietly handed out surveillance video images of a man on the platform of a SkyTrain station on Thursday in their search for a suspect in the shooting of a Metro Vancouver Transit Police officer.

They said he has a history of violence, is known to police and may be trying to leave the province to evade arrest.

The statement also said Mr. Glasgow is wanted on a Canada-wide warrant for being unlawfully at large.

Transit police Constable Joshua Harms, 27, was shot and wounded on the platform of the Scott Road SkyTrain station in Surrey just after 4 p.m. on Wednesday, an unprecedented incident in the region’s vital transit system.

The police operation on Thursday also included patrols by groups of officers through neighbourhoods near the station, where a mobile command post has been established.

On Wednesday evening, Surrey RCMP deployed at least 80 officers through the area around the station – one of 53 in the automated rapid-transit system comprising three largely elevated lines across the Vancouver region.

During a news media conference outside the station, Surrey RCMP Corporal Elenore Sturko said people need to be vigilant in the absence of an arrest.

Cpl. Sturko said Surrey police have reached out for help to law enforcement partners across the region.

The case also involves the Metro Transit Police Department, which describes itself as the only police force in Canada whose beat is a transit system. The service, launched in December, 2005, has about 180 officers across 21 municipalities and one First Nation, according to its website.

This week’s incident was the first time one of the force’s officers has been shot on duty. Cpl. Sturko said she could not provide details about what happened.

Constable Harms, who has been with the transit force for three years, was released from hospital late on Wednesday.

Transit police provided no specific details of the constable’s injuries except that he will meet with specialists for assessment and to determine treatment options.

Surrey RCMP Assistant Commissioner Dwayne McDonald said on Wednesday evening that transit officers were fired on when they attempted to engage a suspect at the SkyTrain station.

Just outside the Scott Road SkyTrain station on Thursday, Freddie Hanna said he was shocked at what had happened.

“It’s definitely scary. I heard about it, and it was like, ‘Wow,’ ” said Mr. Hanna, headed for work.

Taha Sharifi, waiting for a bus at the station, said the incident would not affect his use of transit.

“There is a possibility of any horrible thing happening at any time,” he said.

According to RCMP statistics, crime in Surrey has been declining over the past 10 years. Violent crime has decreased by 33 per cent since 2008 and is at its lowest level since 2015.

Firearm offences were also at a three-year low in the most recent statistics, published in 2017.

“It’s not unusual to find a gap between certain realities as they are recorded officially in things like crime stats, and the perceptions of individuals who live in communities that have more frequent incidents of serious crime such as shootings,” he said.

Shootings should be a concern not just in Surrey, but the whole Vancouver region, Dr. Gordon said.

Statistics Canada figures show firearm-related violent crime has also decreased in Vancouver in the past decade, he said.

“I don’t think it’s comparable in terms of frequency and severity to the kind of violence occurring in Toronto, but it is still a cause for concern any time people settle their differences by shooting each other,” he said. 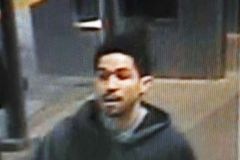 Follow Ian Bailey,  on Twitter @ianabailey
Report an error Editorial code of conduct
Due to technical reasons, we have temporarily removed commenting from our articles. We hope to have this fixed soon. Thank you for your patience. If you are looking to give feedback on our new site, please send it along to feedback@globeandmail.com. If you want to write a letter to the editor, please forward to letters@globeandmail.com.
Comments are closed